Home News I’ve Said It Before, Simi Is My ‘Orente’ – Adekunle Gold 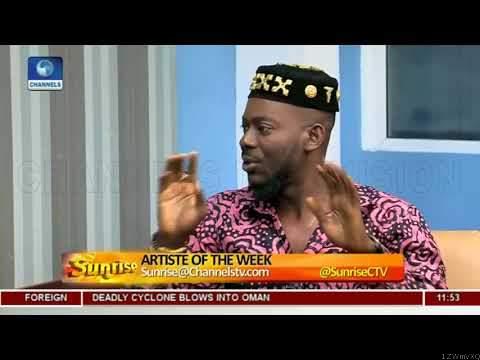 Afro-pop artiste, Adekunke Gold, has finally disclosed who the love of his life is.

The artist who has always kept his relationship private, made the revelation when asked to clarify the rumours that he was dating fellow artiste, Simi – during an interview on Channels Television’s Sunrise Saturday.

Although attempting to avoid the question, Gold acknowledged, ‘I’ve said it before that she is the ‘Orente’.

This comes after several speculations that the two had been dating.

Contrary to this fact, some other fans had also believed that Simi was rather in a relationship with fellow artiste, Falz, going by the ‘chemistry’ they both seemed to have after several performances together.

But when asked about marriage, Gold, however, said there are no plans for now.

“I don’t know, maybe soon, maybe next year or next two years,” he stated.

Speaking about his career, the artist who just released his sophomore album, About 30, said he would spend the rest of the year touring.

In the 14-track album, Gold dug into his life story and shared lessons from his experiences.

“About 30 is the continuation of the story, it is my life story, the things have experienced, things that I learnt growing up, things that I’ve learnt from others and other people’s stories that I just kind of tap into to talk about.

“People tell me their stories and somedays I see something’s on twitter and I want to talk about it,” he told Channels Television earlier In France.

His first hit single ‘Sade’, which he says was a combination of rock and afro precautions still proves to be a crowd pleaser all the time and he promises that About 30 will equally be nothing short of that.