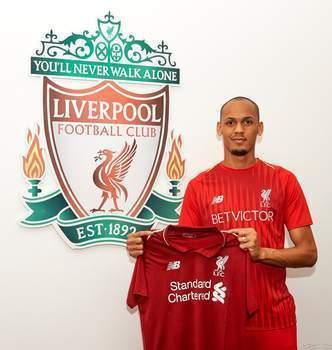 The move comes less than 48 hours after the Reds fell to Real Madrid 3-1 in the Champions League final.

Liverpool have said the 24-year-old Brazilian’s move will complete on July 1 having completed a medical and signed a long-term deal with the club.

And the midfielder says he is happy to have linked up with the Champions League runners-up, calling Liverpool a “giant of a team.”

“This is something that I always wanted – this is a giant of a team. The infrastructures of the club look exceptional,” Fabinho told the club’s official website.

“A football club of this size coming after my services, I didn’t have to think that much about coming over.”