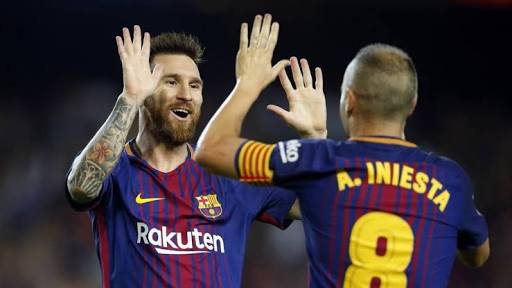 Ernesto Valverde has revealed he plans to leave Lionel Messi out of the Barcelona team for the club’s final game of the season, which doubles as Andres Iniesta’s send off.

Messi has played in 53 games in all competitions this season across La Liga, the Copa del Rey, Supercopa and Champions League.

Barca played a friendly against Mamelodi Sundowns in South Africa in midweek, in which Messi made a brief appearance, despite being rested for the dramatic 5-4 defeat to Levante last weekend, which saw the club’s hope at a historic undefeated league season go by the wayside.

Valverde plans to leave the star out of Sunday’s match against Real Sociedad as well, meaning he will not now play until at least May 29, when Argentina take on Haiti in a World Cup warm-up. And it also means he will miss out on his longtime team-mate Iniesta’s final game with the club

“He’s played a lot of minutes this season and that includes playing with injuries. Now is the moment for him to rest a little,” Valverde explained of Messi at a news conference.

“He played for 15 minutes in South Africa for contractual reasons. The idea is that he rests.”