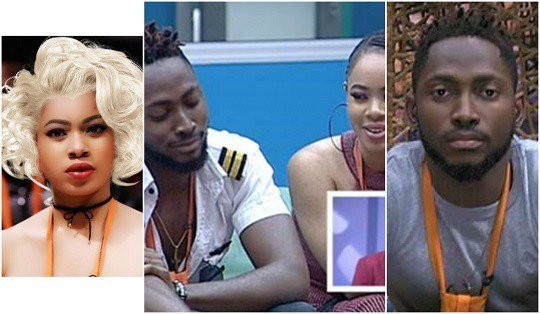 Miracle is still basking in the newly acquired wealth and fame he has gotten from his participation in the Big Brother Naija reality TV show.

The winner who is engulfed in a love triangle with Nina and her estranged boyfriend has stated that he will never have a fight just because of a lady.

He made this revelation in this new interview with Samuel Abulude and Rosalyn Ayam where he also talked about other things besides the controversial romance he is involved in.

How he felt about winning

I feel very great, who wouldn’t feel great? I won N45m; the cash prize being N25m cash and I have a car. So it’s actually a great privilege. I’m happy, I’m excited because this is a kick starting for my main goal towards becoming this billionaire people have always been talking about. So, I am really excited.

And if he saw the winning coming:

To be honest with you, I didn’t see this coming because as you all know while in the house we had no idea of what was happening outside and that’s why whenever I was up for eviction, I was always tensed up because you never could tell what would happen next. The last day, I was given a pilot captain outfit and I was astonished and began to feel perhaps there was something for me. I already won N1m in the Payporte Game.

So I felt okay, if you won Payporte, there was no how you were going to win this prize. And then with the outfit, I felt this was like a sorry outfit like if you didn’t win, at least you had the outfit.

At the end of the day, it was remaining just I and Cee-C in the house and I knew in all evictions, Cee-C always comes up all the time and she keeps coming back.

So it is only natural to feel she’s ‘strong oh’ and anything can happen, but then again, they called my name! I was surprised and if you noticed, I fell on the floor because I didn’t see that coming.

At that point the only thing I had on my head was the N25m, I knew nothing about these other prizes. It was the next day, Nina told me I actually won a car and when I got back to Nigeria, they told me I also won a home theatre System. I’m still trying to come to terms with all these. 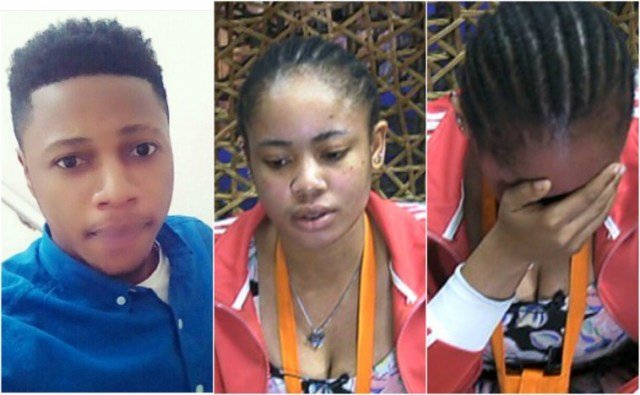 If he is threatened by Collins, Nina’s boyfriend presence

Since I came back, I chose not to go into social media for the while because I’ve heard of the negativity and positivity so I don’t want to see things that will weigh me down. The first time I heard about Collins was in the house and Nina was truthful about her boyfriend. She told me that before she came into the house, she had a discussion with him and she made him understand that she’s going to Big Brother House and so he should expect anything.

So now, we are out and people are saying a lot of things about that. I don’t really get jealous like that. It’s her decision. Something I would never do is fight for a lady. It’s her choice. You know my intentions towards Nina so it is her decision to make. The only time I will fight for a woman is if someone is imposing himself on the lady and she makes her choice that I am the one. But on a neutral ground, you know my decisions towards you. So, it’s your decision to make.

Violette - March 20, 2018 0
Nigerian controversial actor Uche Maduagwu is at it again with his prophecies, and this time, Uche who is known for always making controversial utterances...

Hustle so person no go use your pregnant wife take do appearance – Instagram...

Johnson Olumide - November 22, 2020 0
Its no Longer News that Nigerian and Lagos socialite Mike caused a scene at actor Uchemba's Wedding yesterday when he arrived the reception. Pretty Mike...

Johnson Olumide - February 18, 2020 0
The 24-year-old dance hall Queen Shares this photo on her Instagram page and captioned it Dabbing for Christ. (adsbygoogle = window.adsbygoogle || ).push({}); The Reggae Rapper and singer was born...

Violette - March 27, 2020 0
On air radio presenter, Daddy Freeze shades Waconzy because of ventilator on social media. Daddy Freeze which is known for coming after pastors and prophets...