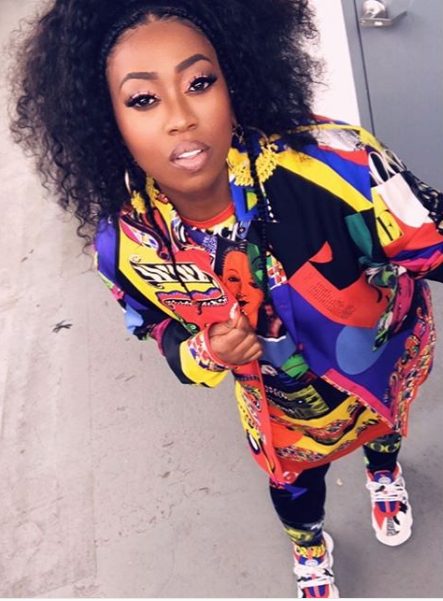 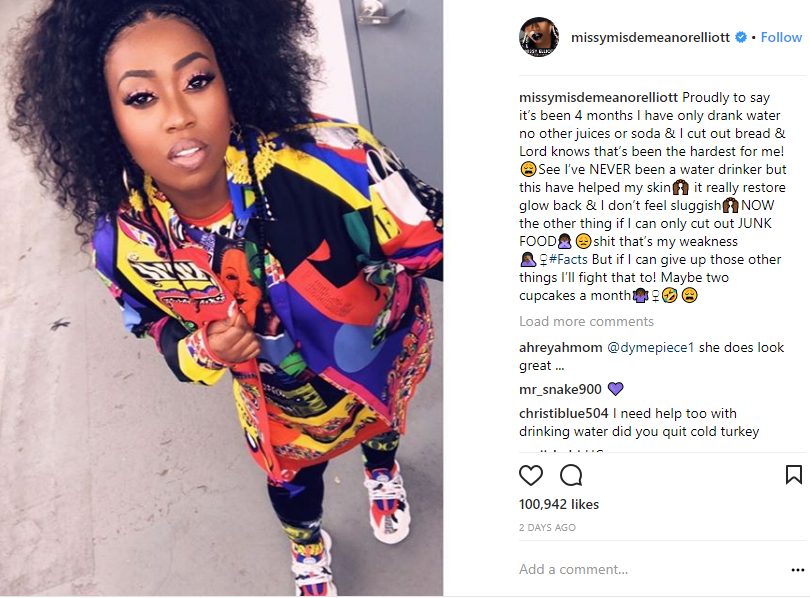 Missy Elliot showed off her glow four months after cutting off bread and drinking only water.

The 46-year-old rapper says she has been drinking nothing but water over the last few months when it comes to liquids, and has also been staying away from bread. According to Missy, the results have been great.

Proudly to say it’s been 4 months I have only drank water no other juices or soda & I cut out bread & Lord knows that’s been the hardest for me!

it really restore glow back & I don’t feel sluggish

#Facts But if I can give up those other things I’ll fight that to! Maybe two cupcakes a month