Home News “My Dad Is A Pastor!” – Lady Begs Guy Threatening To Leak... 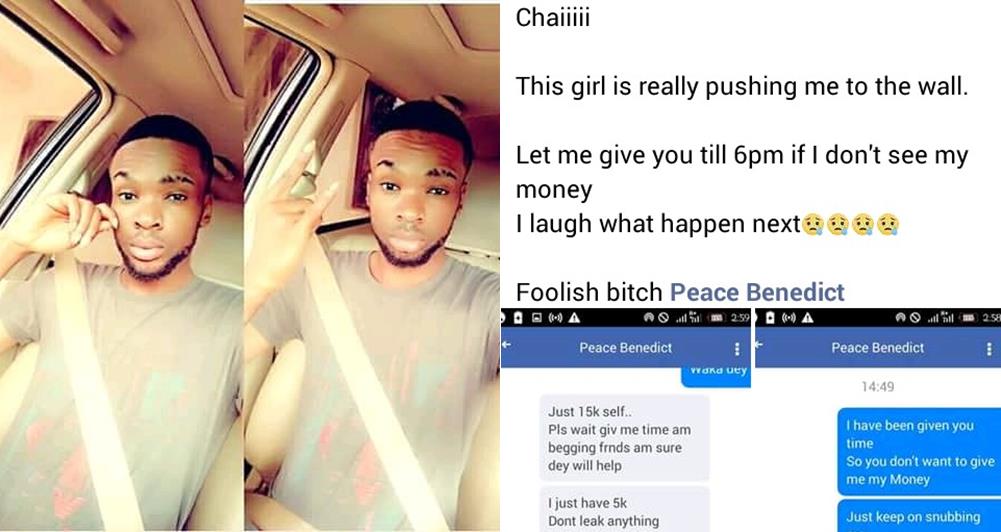 A Young Nigerian Lady, Peace Benedict has been pleading with one Master Francis Agu who has her nude and has demanded the N15,000 he gave her during the period of their deception of a relationship.

According to a close friend of Peace Benedict,

“Please keep me anonymous, I can’t handle any form of attention please, That guy francis Agu or whatever they call him is insane, I called my friend immediately I saw Francis Agu’s post threatening to leak her nudes if she doesn’t give him N15,000, when I asked her what did she use the money for? She said she couldn’t remember as she is not in the right state of mind, I won’t blame Peace.. She sent her nude to that bastard out of trust, and now he is blackmailing her with it, when he was begging her for it has he forgotten? It’s even him that sent the money on his own… Did she force him! I hate double standards… Peace father is a reputable Man of God, Peace has made a mistake but it shouldn’t be at the expense of her father’s reputation… My own is, he should not try and post that picture in that group, My madness no be here… How can he threaten her like that knowing he has sisters,thank God the law of karma never fails… Maybe his sister’s own will be worse”