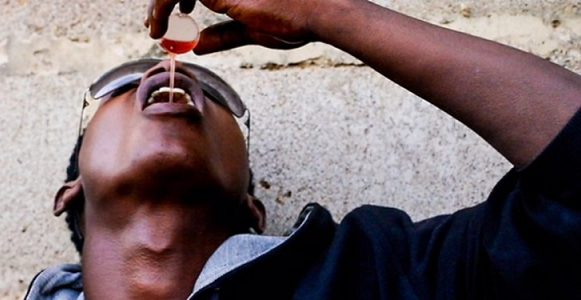 READ ALSO
Serena Williams Pens an Open Letter to her Unborn Child as she regains World No. 1

The Federal Ministry of Health has directed the National Agency for Food and Drug Administration and Control (NAFDAC) to ban with immediate effect further issuance of permits for the importation of codeine as active pharmaceutical ingredient for cough preparations.

The Minister of Health, Professor Isaac Adewole made this known in his office in Abuja on Tuesday, May 1, 2018.  Christian Group Set To Hold 30 Days Fasting To Stop President Buhari

He said that the directive became necessary due to the gross abuse codeine usage has been subjected to in the country, especially in Northern Nigeria.

In its stead, the minister said codeine containing cough syrups should be replaced with dextromethorphan which is less addictive.

He noted that the National Agency for Food and Drug Administration and Control had an emergency meeting with the Pharmaceutical Manufacturers Group (PMGMAN) to inform them that there is an embargo on all new applications for registration of codeine- containing cough syrups as well as applications for renewal has been abolished.

The PCN has been directed to continue enforcement activities on pharmacies, patent and proprietary medicine vendors’ shops and outlets throughout the country.

Violette - November 27, 2019 0
Nollywood actress, Halima Abubakar has taken to her Instagram Page to announce to fans that she's expecting a new born baby. The actress who has...

Violette - September 19, 2020 0
Popular Nollywood actress, Lizzy Anjorin have taken over the role of a counselor as she advise fans on the type of people they  should...

Violette - March 6, 2020 0
Evangelist Mike Bamiloye has revealed the strange reason why some married men want their wife dead. Mike Bamiloye who is the head of Mount Zion...

Violette - July 1, 2020 0
Talking about this handsome actor who is always the best at what he does. He is a voice over artiste. And also a very talented...