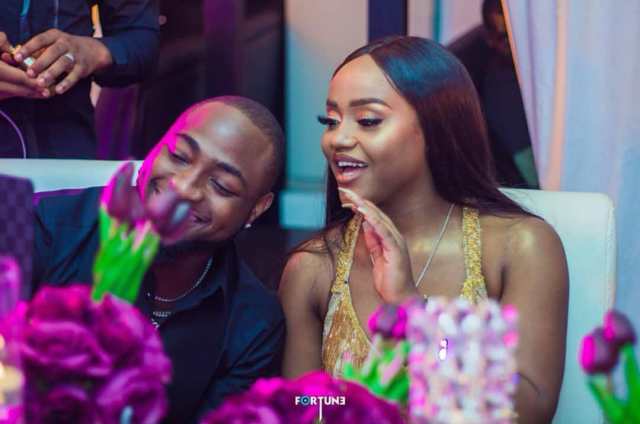 A Nigerian business consultant identified on Facebook as Peppy Chidinma Akaniro, has analyzed the relationship between Davido and Chioma.. and Below is what she has to say:

All over my timeline… it’s Davido, Chioma and Porsche of 45 million that I see.

Most of the girls are tapping into the blessing while the guys are shouting “Chioma cooks day and night for David… but you don’t want to cook for your guy”.

I’m just here wondering if we are all processing the same information.

Davido says he has been dating Chioma for 5 years.

Within the 5 years, he got 2 different women pregnant… had 2 children by them… had other girlfriends he flaunted openly… suddenly all these things don’t matter any more and everyone is shouting ASSURANCE… GOALS!!!

What goals exactly? To be openly disrespected for years while in a relationship, and suddenly he decides the love is driving him crazy? To keep your relationship low key for years while flaunting other girls and one day he realizes his mistake and decides he wants to give you lifetime assurance and a Porsche??? What exactly is the goals here??

Someone posted “Dear girls, it’s better to be the main chick than the side chick. After 2 baby mamas, Davido still came back to his girl. Love is real.” Really??? Because of Porsche, exotic trips and shopping? Suffering has confused all of us in this country.

Photos of Davido with His New Girlfriend, Chioma At A Club

To all the girls looking for their own Davido, be careful what you wish for. If this is the precedent you want for your relationship I applaud you. We must be mindful of the type of prayers we say.

May we not crave relationships that will break our hearts and belief in humanity just for some temporary glamour.

To all those who are in real love relationships… you all are the MVP!!! Keep winning. Love over everything.

“Sex Not A Problem, I Want A Man Richer Than Otedola” – Actress Blessing Ofoegbu