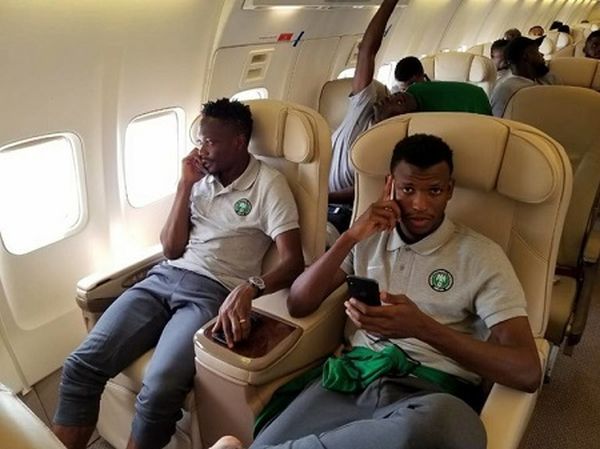 The Nigerian squad to face England in a friendly before the World Cup is on its way to London via a chartered plane.

Nigerian team to play in the world cup has jetted out in style on a chartered plane ahead of the 2018 World Cup.

Super Eagles skipper Mikel John Obi was joined on the chartered flight from Abuja to London on Wednesday afternoon by deputy skipper Ogenyi Onazi, defender Kenneth Omeruo, pacy winger Ahmed Musa and 21 other players as the team headed for the 2018 FIFA World Cup finals. There will be stop-overs in London and Austria.

Mikel, Onazi, Omeruo and Musa all represented Nigeria at the 2014 FIFA World Cup finals in Brazil, and alongside Chelsea FC wingback Victor Moses (who was also in Brazil and who will join the contingent in London) constitute the spine of a young squad inspired to dazzle the world in Russia. 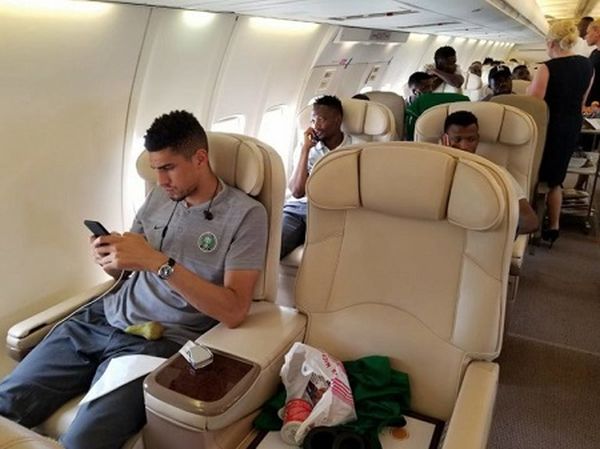 The Super Eagles will train at the Wembley Stadium (venue of Saturday’sclash with England’s Three Lions) between 5pm-6pm on Friday, after a pre-match press conference scheduled for the stadium’s conference room at 4.15pm.

Saturday’s encounter, the third official match between the two countries with considerable historical affinity, will start at 5.15pm.

Meanwhile, the Nigeria team has confirmed that forward Moses Simon, who was earlier ruled out of the finals due to injury, will undergo further medical checks in the United Kingdom to ascertain the seriousness of his injury. 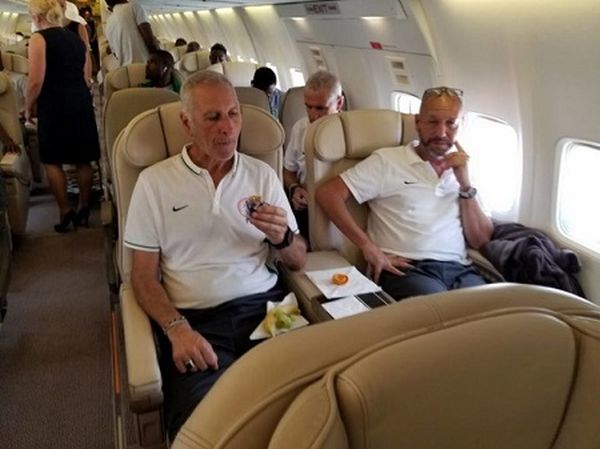