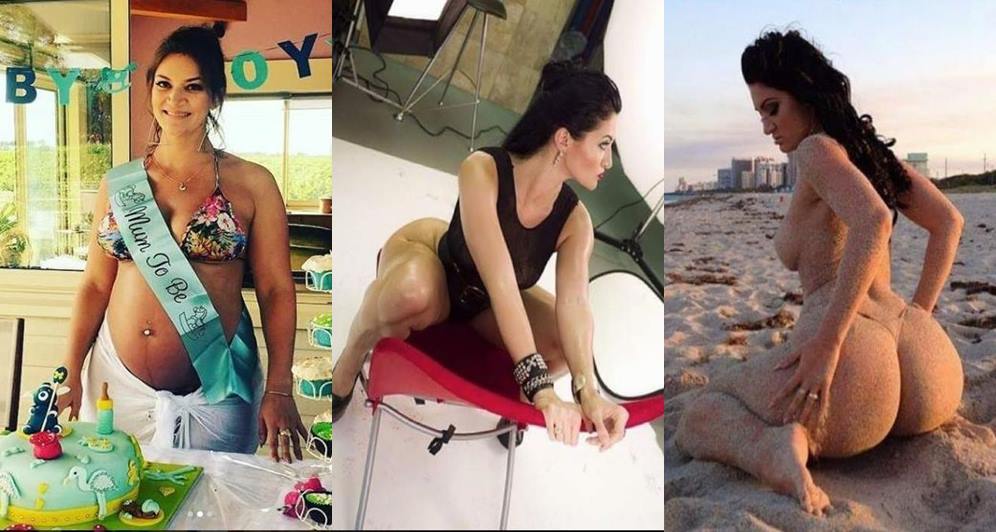 In the photos released online, Sophie is seen flaunting her baby bump and even a cake from her baby shower with the name Adonis emblazoned on it.

Here are 15 stunning photos of Sophie below.

Violette - December 25, 2019 0
American rapper, Megan Thee Stallion has taken to her Instagram Page to share some emotional words with her fans as she open up on...

Johnson Olumide - February 17, 2020 0
The Former Nigerian President, Goodluck Jonathan would have thought in his Mind after handing over Power to President Buhari that he will become less...

Behind every strong woman,there is GOD – Onyii Alex looking dazzling in Lemon Jumpsuit

Violette - November 10, 2019 0
Nollywood actress, Onyii Alex as known is one of the most beautiful lady to grace the entertainment industry. The actress who is known for her...

American rapper, Saweetie shows off her curves as she stuns out in bikini (Photos)

Violette - November 21, 2021 0
American singer, rapper and songwriter, Saweetie has got social media fans buzzing as she releases some stunning new pictures that showcased her curves. Saweetie is...

Violette - November 10, 2019 0
Former Big Brother Naija housemate, Esther is really serving her followers and fans hot and beautiful photos of herself. The reality star and model who...