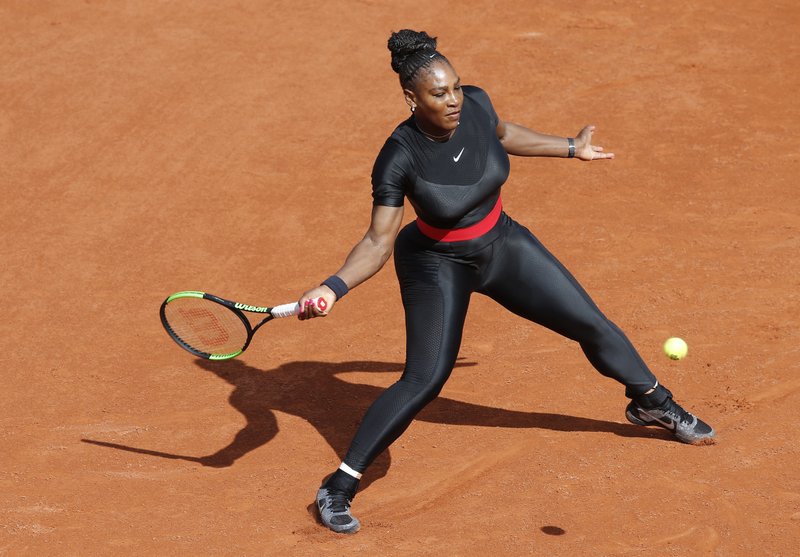 Williams wore a black bodysuit with long leggings and a red waistband for her first-round French Open match at Court Philippe Chatrier. 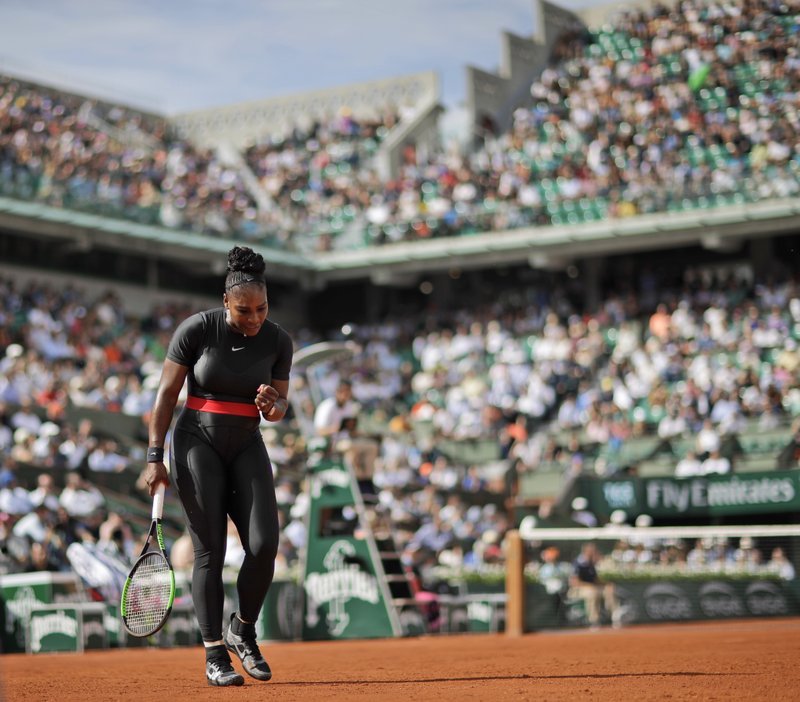 It called to mind Williams’ black “catsuit” that she wore at the 2002 U.S. Open.

The new outfit also was reminiscent of the tight-fitting white bodysuit that American player Anne White wore at Wimbledon in 1985.

Tuesday’s match was the first at a major tournament for the 23-time Grand Slam champion Williams in 16 months, because she was pregnant and gave birth in September to a daughter.