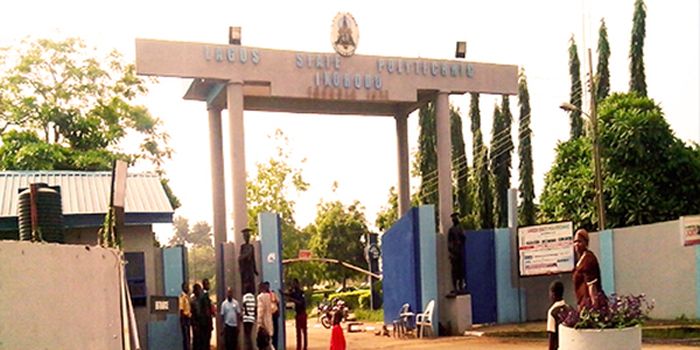 The Lagos State Polytechnic (LASPOTECH), Ikorodu, on Friday said it had expelled 202 students for cultism and examination malpractices between 2015 and 2018.

Mr Samuel Sogunro, the institution’s Rector in his report to the 8th Congregation of the polytechnic, said 183 students were expelled for cultism while
19 were sent packing for exam malpractices.

According to him, nine of the 19 students dismissed for exam malpractices were full-time and 10 were part-time students.

“The present administration has zero tolerance for cultism and the Polytechnic Governing Council has directed that the names of the culprits should be published in a national daily and that would be done soon,” he said.

Sogunro noted that the management had instituted four types of students empowerment programmes to expose students to entrepreneurial skills and empower them while in school and after graduation.

On the school’s academic programmes, the Rector said 66 out of the 67 programmes offered by the polytechnic were due for re-accreditation and that the accreditation team would be visiting by third quarter of the year.

“Towards the accreditation, it is worthy to inform the congregation that the State Government has released the sum of N542 million out of the N750 million promised for infrastructure and manpower development.

“The polytechnic, on its parts, has conducted mock accreditation in the affected programmes and departments of the institution ahead of the main accreditation,” he said.