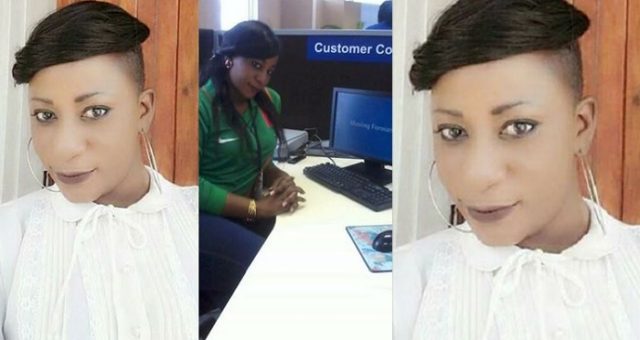 A former banker at Stanbic Bank in Choma, Uganda has been sentenced to four years’ imprisonment for allegedly stealing the sum of K33, 928.20 belonging to a customer.

Ugandan, Ms. Sandra Thindwa was found guilty at the Choma Magistrates Court in Choma, Zambia by Principle Resident Magistrate Exnobert Zulu, on a two-count charge of theft by servant, and money laundering.

Byta FM in Choma reports that on dates unknown but between 31st December, 2015 and 29th January, 2016, Sandra Nthindwa of Choma in count one jointly and whilst acting together with persons unknown stole Thirty three thousand Nine Hundred and twenty eight Kwacha Twenty ngwee (K33, 928.20).

The money came into her possession by virtue of being employed by Stanbic Bank, Choma Branch.

In Count two, she was accused of Money laundering of the same amount by means of false accounting transactions.

The State called 11 witnesses who testified on oath, with the first being Munalula Kusowa from Stanbic Head Office who testified to receiving a complaint from Zambeef Choma through the Stanbic Choma Branch Manager that the amount in question was not credited in the account after a deposit was made by Euclife Chaaba, an Amarguard officer but now deceased.

And in the course of the investigation, Drug Enforcement Commission (DEC) Senior Investigations Officer Mwansa Sibongile testified that the bank’s CCTV footage was deleted as the system is on auto delete after 90 days.

She also discovered that the accused even engaged herself in a boutique business.

But in defense, Nthindwa testified that at close of business on the material day, everything balanced and the Bank Custodian signed.

However, in the court’s findings, it was established that the transaction was not indicating on the Teller log and Account statement but only on two hand written deposit slips given to the Depositor.

READ ALSO
#Tas2017 : Feyi Olubodun Will Be Coming To The Academic Summit 8.0!

The Court said if the money was “swallowed” by the suspense account, a shortage would have arisen but it balanced because the paper work was done fraudulently and the cash was not presented to the Bank Custodian.

In mitigation Counsel W.F Cheelo from KBF and Partners asked the Court to exercise lenience stating that the convict is a mother who has lost her job and will bear the tag of being a convicted person forever.

In passing sentence, Principle Resident Magistrate Exnobert Zulu considered the fact that Nthindwa is a first offender but the offence committed has become so rampant countrywide.

He said her actions portrayed greed which may affect the trust between the two organisations.

He therefore sentenced her to four years simple imprisonment in count one and acquitted her for money laundering.