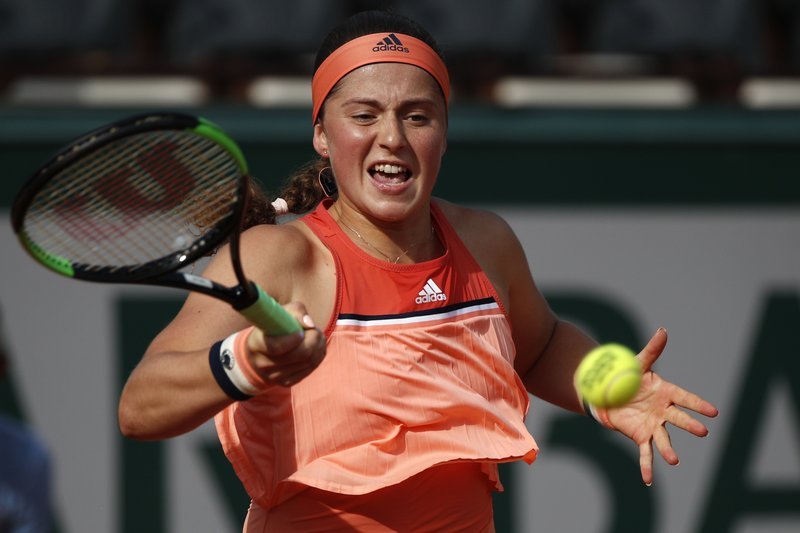 PARIS (AP) — A year after stunning the tennis world by winning the French Open for the first tour title of her career, Jelena Ostapenko is again in rare company: a first-round loser as the defending champion at a Grand Slam tournament.

The result made Ostapenko only the second reigning women’s champion to exit in the first round of the French Open a year later — it happened to 2005 winner Anastasia Myskina, too — and only the sixth at any major tournament in the professional era.

“I didn’t expect anything from this match,” Kozlova said in an on-court interview. “It’s just an amazing feeling.”

Hers was not the only significant surprise of Day 1.

Seven-time major champion Venus Williams was beaten 6-4, 7-5 by 85th-ranked Wang Qiang of China. Add that to the ninth-seeded Williams’ loss at the Australian Open in January, and this is the only time in the 37-year-old American’s career that she was sent home in the first round of back-to-back majors.

In 2017, ranked only 47th and 20 years old, Ostapenko became the first woman since 1979 to win her initial tour-level trophy at a Grand Slam tournament.

But the Latvian has had a rough road this season: Her record is just 12-12. 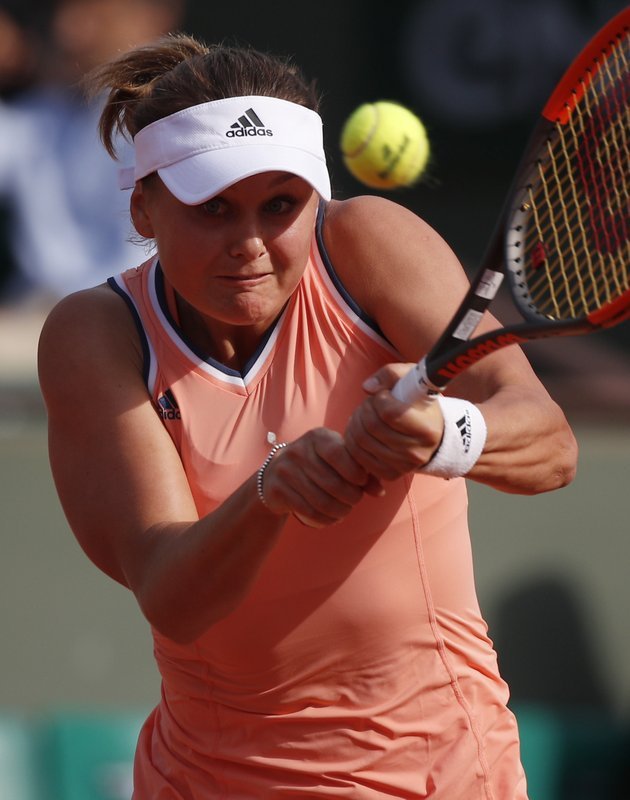 In her only previous appearance in the main draw in Paris, last year, she lost in the first round. Overall, she had won one of seven matches at any Grand Slam site.

And against the No. 5-seeded Ostapenko, Kozlova earned the first victory of her career against someone ranked in the top 30.

In many ways, Ostapenko was her own undoing.

She wound up with 48 unforced errors, more than twice as many as Kozlova, and that was more than enough to render Ostapenko’s 22-13 edge in winners irrelevant. Ostapenko allowed her opponent to convert 7 of 16 break points, including when a backhand landed in the net to end the match after about 1½ hours.

Moments later, she was gone, swiftly heading to the locker room. Ostapenko raised her left hand to acknowledge the crowd’s applause, but she kept her eyes focused on the ground as she walked off.

Kozlova stayed steady despite the enormity of the moment and while dealing with a blister on the back of her right foot. She was treated by a trainer during a medical timeout after the first set.

“Actually, I have three blisters, but one was the worst, with blood,” Kozlova said afterward. “When you are playing the match, sometimes you are not feeling the pain. … I tried to stay focused.”