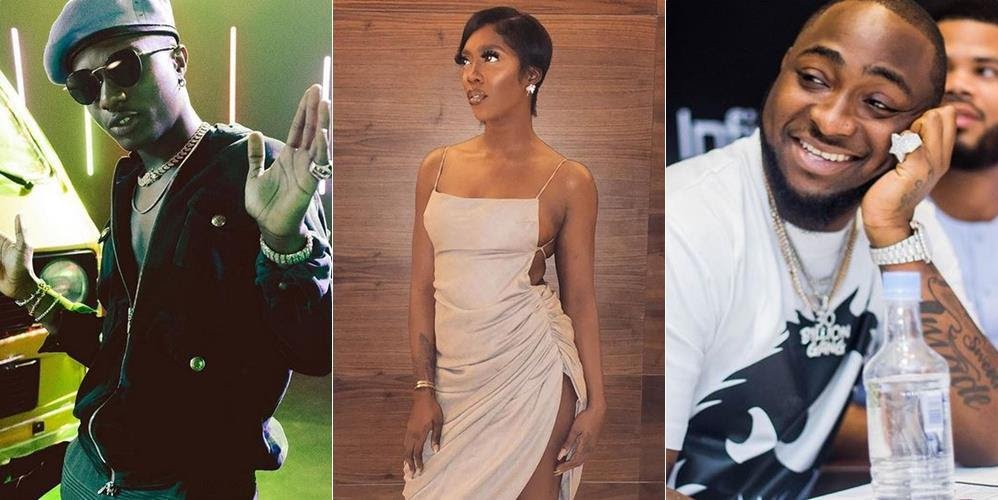 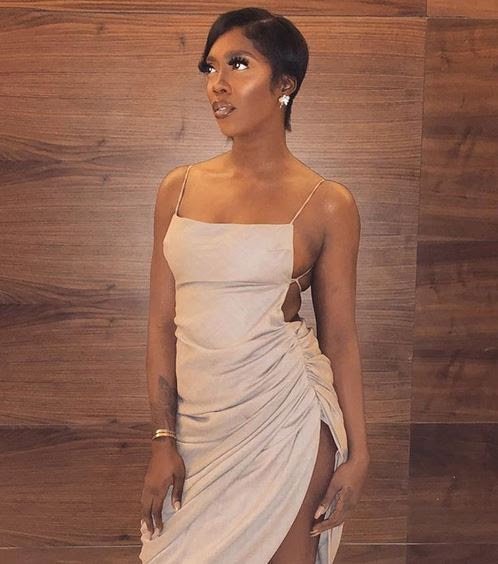 Tiwa Savage has just in her own unique way replied Davido after he jokingly called her out in response to a post made by Wizkid in which he declared that he is in search of a sister in reference to Davido’s hit song ‘Assurance’. Read More here


Wizkid who is currently in London for his upcoming concert on May 26, earlier revealed on social media that he is looking for a sister.

Here is what he wrote;

Obviously joking, Davido replied by calling out singer,
Tiwa Savage who has been best buddies with Wizkid for some time now.

This may just be a subtle confirmation that the two superstars (Tiwa and Wizkid) are in-fact an item as there have been rumors allover social media and the Nigerian entertainment scene linking the two of them romantically. 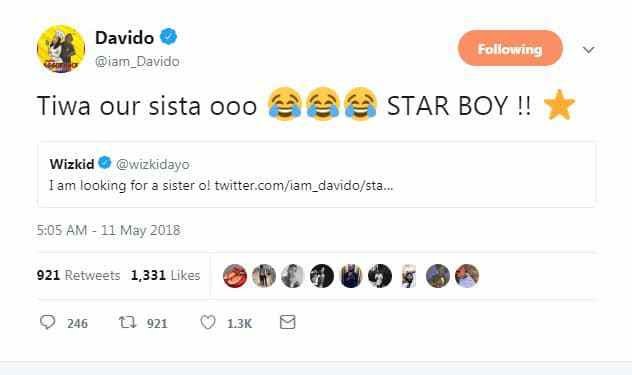 Well, The first lady of Mavin Records,Tiwa savage quickly took to her twitter page to reply Davido. Read her Tweet below; 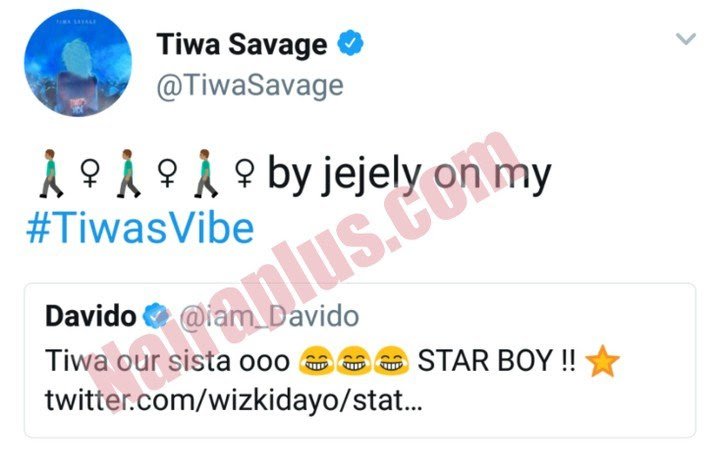