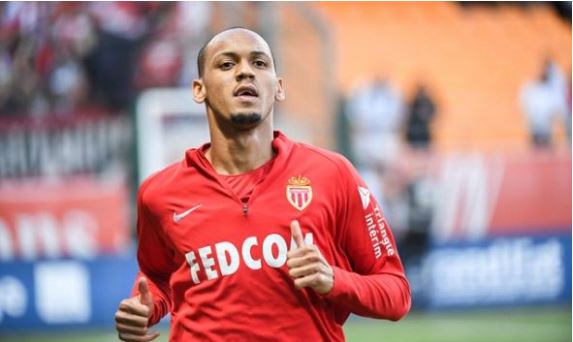 It has emerged how Liverpool manager, Jurgen Klopp secretly met with Brazilian midfielder, Fabinho and convinced him to join Liverpool over Manchester United or any of the European giants.

The Merseysiders moved on quickly from their Champions League final heartbreak by announcing the arrival of Fabinho from Monaco in a deal worth around £44m on Monday night.

Yahoo Sport reports that the club have been working on the transfer for weeks with Klopp even speaking to Fabinho.

Jose Mourinho, who shares agent Jorge Mendes with Fabinho , was among the suitors and tried to sign Fabinho last summer, though Monaco were then not ready to let the player go.

Fabinho has scored 29 goals in his three seasons in Monaco despite being a holding midfielder.

He also spoke with fellow Brazilian, Roberto Firmino about moving to Anfield.

Fabinho told Liverpool’s website, “We spoke a bit more about how the city was, about the infrastructure of the club, the city and we also spoke about the coaches and how they do their work.

‘So I was able to know a bit more about Liverpool through Firmino. I had been with him at the Brazilian national team on a few occasions.

“I know he’s a fantastic person, his background is from nice people. He is also very good for someone who comes to a new country, a new city – someone who speaks the same language. This will of course make the adaptation much easier.”