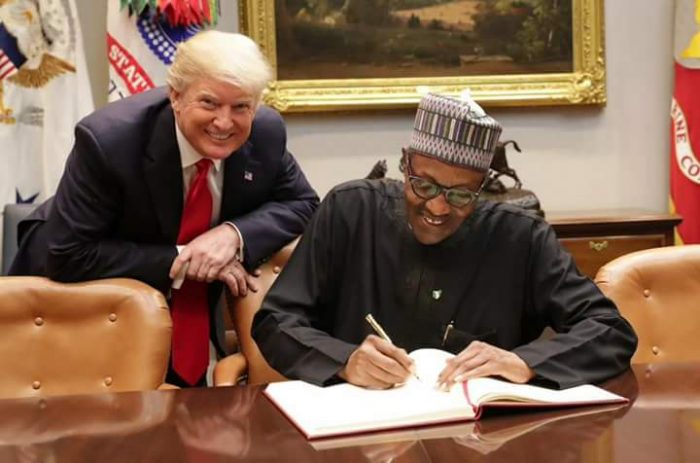 The Muslim Students’ Society of Nigeria (MSSN) has faulted the United States President Donald Trump’s offer on killings in Nigeria, saying such an offer would further divide Nigeria.

The Amir (President) of the MSSN in Lagos State, Saheed Ashafa, said this in a press statement to react to the discussions between President Muhammadu Buhari and Mr Trump during the Nigerian president’s official visit to the U.S. on Monday.

During the visit, Mr Trump specifically read what could be described as a riot act to the Nigerian government, saying the “killing of Christians in Nigeria was unacceptable” to the American government.

But Mr Ashafa considered Mr Trump’s comment as one-sided and uncomplimentary, warning that Nigeria must be cautious of her relationship with the U.S.

The Muslim students’ leader alleged that Mr Trump’s comment signalled his hatred for Muslims and Islam in Nigeria.

He said, “Trump’s offer shows that he is myopic and uncivilised. The pronouncement to help fight killings of Christians in a nation where innocent souls are wasted without recourse to their affiliations is a call to separatism.

“One would wonder if Trump is not aware or deliberately ignored the murder of several Muslims in a mosque at the University of Maiduguri, or those killed in mosques in Yobe and Zamfara; and many other parts of the country.

“We should know that the offer is a reflection of Trump’s hatred for Islam and Muslims. Such offer at this point in time is divisive, ‘unafrican’ and insincere.”

Mr Ashafa urged world leaders to ignore insinuations that Muslims are not against terrorism, adding that it would be more beneficial to tackle insurgency with utmost neutrality.

While commending the calmness of President Buhari during the news conference with President Trump aired on CNN, Mr Ashafa urged him (President Buhari) to avoid negative influence in the fight against terrorism and corruption.

He added, “Let me reiterate that as Muslims we condemn and reject all forms of terrorism, insurgency and oppression in whatever name being perpetrated.

“We should also remember that in Nigeria, most families are composed of Christians and Muslims alike, just as we also have other faithful.

“Trump’s call for separatism when the world is advocating for collectivism is not a healthy offer.”