Home News Ubi Franklin slams female fan who insinuated that Ceec was at his... 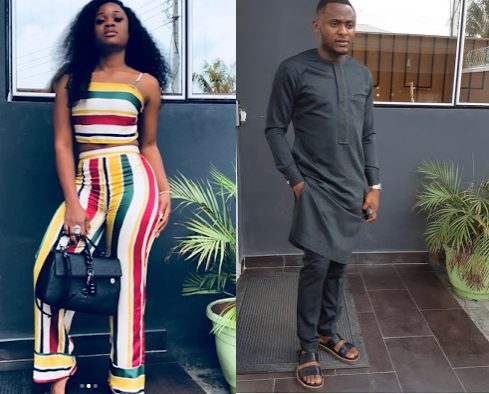 Triple MG boos, Ubi Franklin isn’t taking the rumors of his alleged relationship with Cee-c that is currently being discussed on social media lightly.

Ceec was at Ubi’s office earlier today but a female Twitter suggested that she was at his house. Ubi replied the woman who he tagged ”stupid fool”, saying Ceec was at his office for a meeting not his house.

Meanwhile, the controversial ex-housemate stepped out in style today. She may not have a commanding physical presence but her beautiful face has covered for the height shortfall.

The marching outfit brought out her hot shape with social media users talking about it.

Even Nigerian comedian and singer, Tunde Ednut recently became a fan of Cee-C after admitting that she is very beautiful.