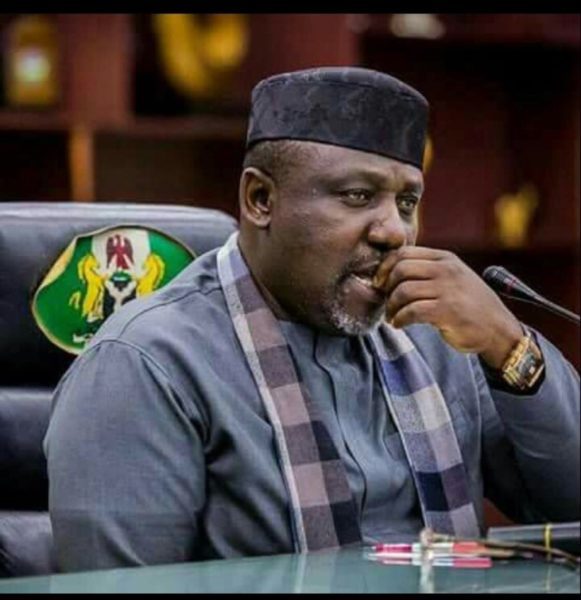 Governor Rochas Okorocha of Imo state has taken a swipe at those he said were working against him in the All Progressives Congress (APC).

Okorocha spoke in Owerri on Tuesday while briefing journalists as part of this year’s Democracy Day celebrations.

Reacting to the recent happenings in the party, Okorocha dismissed the ‘theatrics’ as attempt by some politicians to heat up the polity.

“Some people have tried to heat up the polity but I have remained calm even in the face of highest provocation.

“What happened recently with our congress was simply a conspiracy by people I brought up, who ordinarily would not have been relevant politically if it had not been for me.

“I am not perfect but we should all hide the imperfections of our leaders so that we can all progress.

“They have the right to go about their political activities without fear as long as they are doing what is right.

READ ALSO
Tekno replies Dammy Krane, and it was brutal

“My government has never been known for molesting, arresting or victimising people needlessly; the beauty of power is to know how to exercise restraint,” he said.

The governor also said that the APC has not lost control, pointing out however that there was the need for the party to put its house in order.

He claimed that his administration has lived up to the expectations of the people, and even exceeded the achievements of all past governors of the state.