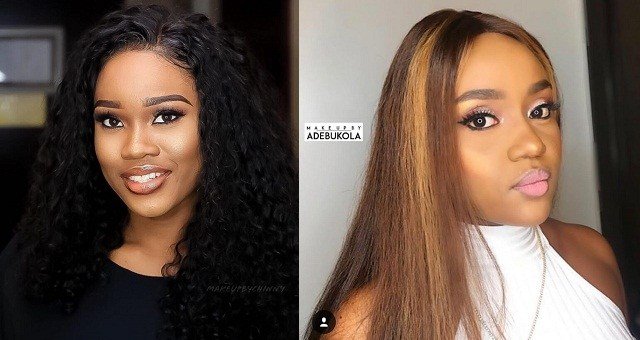 The name Chioma has been appearing on our social media timelines for some days now due to Nigerian Superstar declaring and assuring his love for a girl named chioma.

Chioma recently had her birthday in style where Davido blessed her with a suprise car gift reportedly worth N45M, and we also got to see the beautiful face of Chioma.

Davido And Girlfriend, Chioma Stick Their Tongues Out As They Kiss (Watch Video)

Below are collage photos of the both of them, so you be the judge:

Davido has publicly declared that he is in love with Chioma Avril Rowland, an Economics undergraduate.

Davido, who said he is not afraid to admit it, disclosed this during Rowland’s pre-birthday party at Cubana Club, Lagos, on Sunday.

He said: “I am in love. Some people are in love they are scared to say it. I’m not afraid.”

The Afropop singer’s relationship with Rowland, who is also a chef, has made headlines in recent weeks.

“Once upon a time”, Davido reacts as netizens spot Sabinus in throwback music video