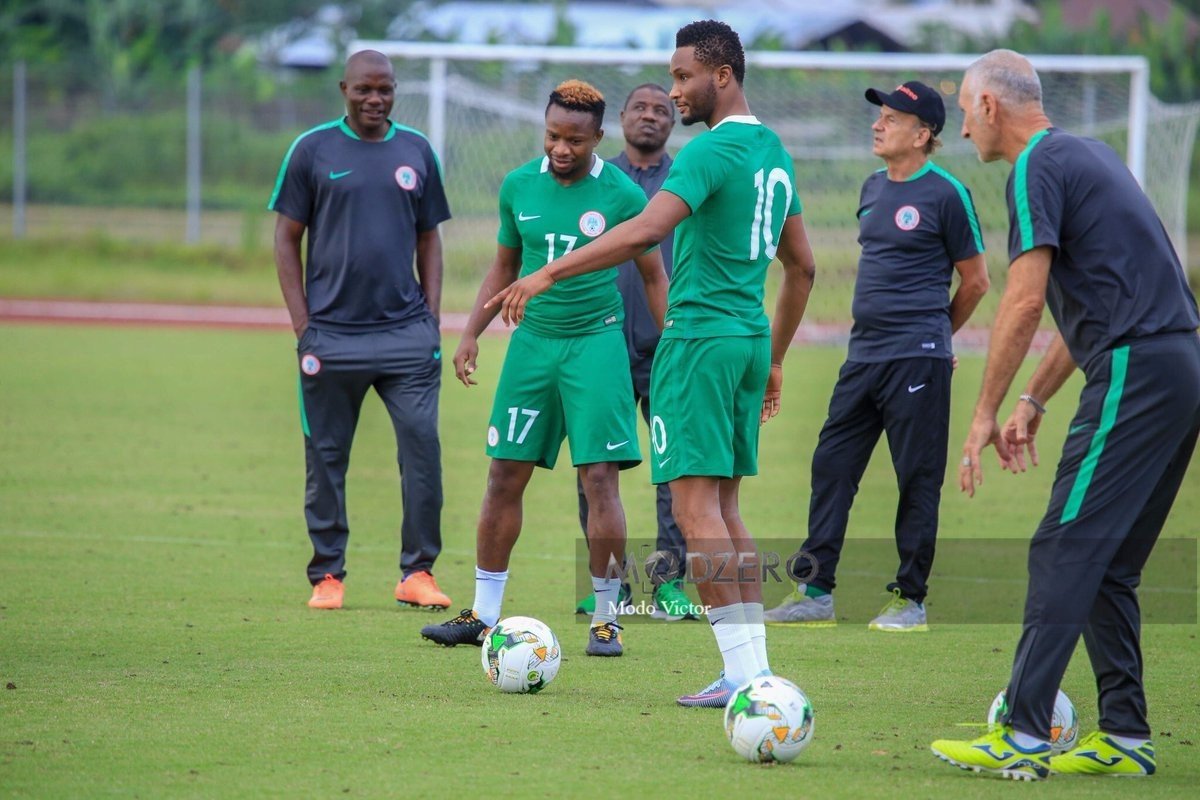 Super Eagles assistant captain, Ogenyi Onazi has been reportedly dropped from his position after his reported clash with the national team captain, John Mikel Obi.

The pair were said to have been involved in a clash over leadership tussle while the Super Eagles’ squad were in Camp in Austria ahead of the 2018 World Cup in Russia.

Onazi later dismissed reports saying there was no clash between himself and Mikel.

But in a new report online, Onazi, who plays for Trabzonspor of Turkey, would no longer serve as assistant captain and Coach Gernot Rohr has said the idea was counter productive to his plans ahead of the Mundial.

A source said: “Rohr has resolved to cancel the position of assistant captain in the Super Eagles as it is believed to be one of the issues militating against the team

“Mikel remains is the captain and have been told to hand over the captain’s band to the most senior player on the pitch whenever he is being substituted.

“By this pronouncement, Onazi ceased to be Super Eagles’ vice-captain from now on,” the source added.

The Super Eagles who will be facing Croatia, Iceland and Argentina left for Russia this afternoon.