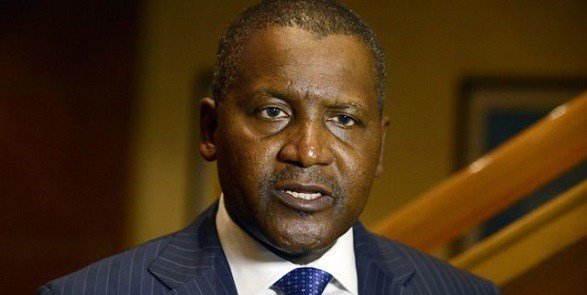 Africa’s richest man, Alhaji Aliko Dangote spent billions made from interests in commodities and other investments across Africa on humanitarian activities, family and essential lifestyles.

As at March 2018, he had an estimated net worth of $14.1 billion and the richest man in Africa for the seventh year in a row, according to Forbes magazine.

Through the Aliko Dangote Foundation (DF), he has helped to combat malnutrition and disease in children.

“I am going to try my best and give part of that money to charity. I am working hard on it… I think from this year, I personally want to take it (philanthropy) very seriously..,” Dangote said in 2014.

In 2018, his vision changed from taking humanitarian work serious to become the biggest philanthropist in Nigeria and Africa as a whole.

“I do not only want to be known as Africa’s richest man but the biggest philanthropist. I will continue to use my resources and my voice to help shape a better Nigeria, and Africa as a whole,” the businessman said when he flagged off one-off and unconditional micro-grants programme in Niger State, last month.

At the event, the Aliko Dangote Foundation announced that it has disbursed a total of N2.5 billion to 256,500 women across Kano, Lagos, Jigawa, Kogi, Adamawa, Borno and Yobe states.

The businessman spends his money investing in Africa soil and around the world. He owns the largest refinery in Africa and the third largest in the world, producing 800,000 tonnes of sugar annually. Dangote Group owns salt factories and flour mills and is a major importer of rice, fish, pasta, cement, and fertiliser.

He also spends on investments in real estate, banking, transport, textiles, oil, and gas. His company employs more than 11,000 people and is the largest industrial conglomerate in West Africa.

Dangote has diversified into telecommunications and has started building 14,000 kilometres of fibre optic cables to supply the whole of Nigeria.

“Let me tell you this and I want to really emphasise it, nothing is going to help Nigeria like Nigerians bringing back their money. If you give me US$5 billion today, I will invest everything here in Nigeria. Let us put our heads together and work,” one of Dangote’s popular quotes read.

The only public political spending made by Kano State-born businessman, Alhaji Aliko Dangote was in 1999 during the PDP Presidential Fundraising Dinner held at the Nicon-Noga Hilton Hotel, Abuja, for the election of Chief Olusegun Obasanjo.

According to PM News, Dangote made the highest donation of N120 million while Alhaji Isyaku Rabiu, Bukola Saraki also contributed.

He has investments in Benin, Tanizania, Cameroon, Ghana, South Africa, Ethiopia and Zambia.

In 2017, he said he is investing $20bn and $50bn in the United States and Europe by 2025 in renewable energy and petrochemicals by partnering with companies in US, Europe and if possible Asia and Mexico.

Apart from businesses and investments across Africa, the richest man also use his money on some luxury items.

According to All Africa, Dangote acquired a private jet in 2010 which costs estimated to cost $45 million and has a $43-million yacht.

On Saturday, March 24, 2018, Dangote held a lavish wedding reception for his beautiful daughter, Fatimah and her husband, Jamil Abubakar.

The wedding reception held inside the Conference Centre of the Eko Hotel and Suites.

His daughter wedding was the talk of the town in March and have in attendance of one of the world’s billionaires, Bill Gates.

It’s time to tell the truth – Dangote’s ex-lover, Allarounda voices out as court dismisses lawsuit against her

They are stalking me 24/7 – Dangote’s alleged ex-lover, Autumn Spikes cries out