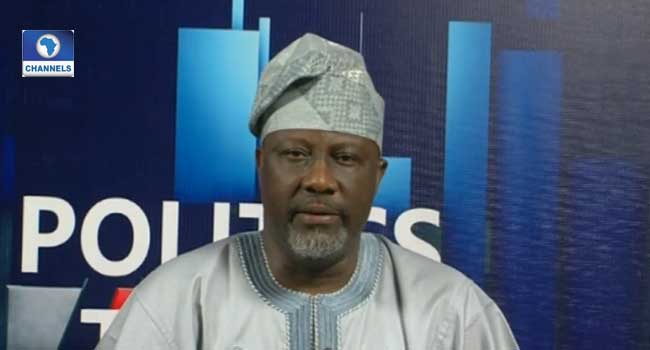 Senator Dino Melaye has criticised the current state of the All Progressives Congress (APC), noting that the party is sick and “suffering from a dreadful continental abnormality.” Melaye said further that he does not have a problem with the APC, “but my party may have a problem with Nigerians because of the way it is presently being run.

In reaction to the question on which platform and the political party he would be contesting to retain his seat in 2019, Melaye said, “When we get to that bridge, we shall cross it.” We can partner to make Nigeria progress but there is not supposed to be any romance,” he said, adding that the role of the national assembly to check the excesses of the executive.

Upon resumption of plenary on Wednesday, May 30, after battling with police and being on admission in the hospital, he had opted to sit with Peoples Democratic Party (PDP) lawmakers, a decision which resulted in rowdy at the Red Chambers.