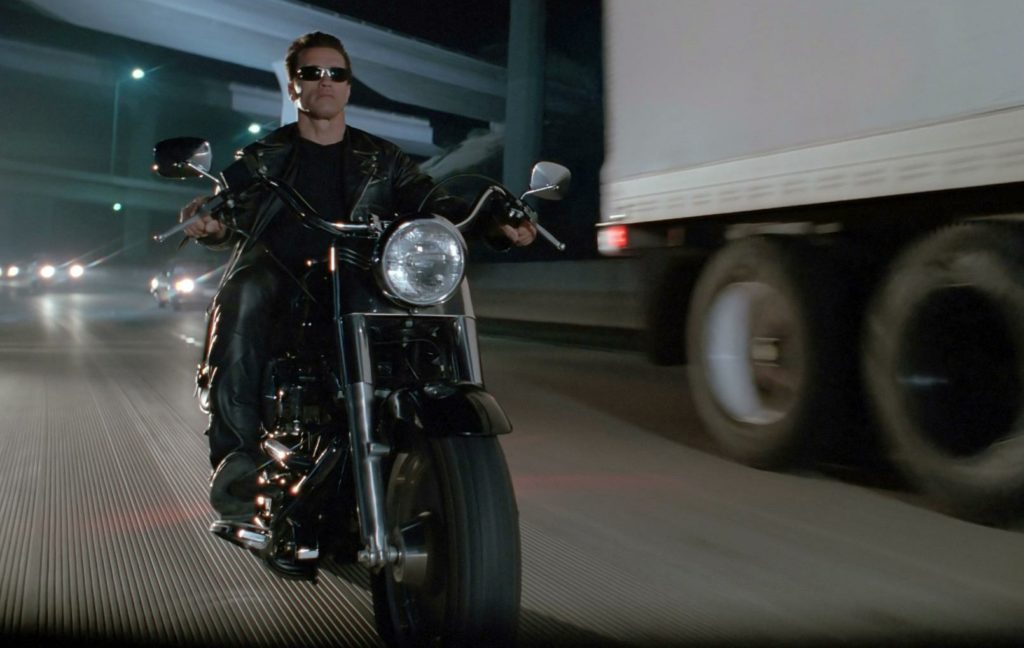 The Harley-Davidson FLSTF Fat Boy that Arnold Schwarzenegger ( T-800 ) drove in Terminator 2: Judgment Day has been sold at auction For N181m ($500k).

The auction house was hoping to sell it between $200k and $300k for the fully functional bike.The 1991 bike has missing side mirrors and 392 miles on its odometer.After stealing the Harley-Davidson from the owner in the movie , T-800 used the bike to rescue John Connor from the menacing shape-shifting android assassin called T-1000

The bullet-riddled jacket worn by Arnold Schwarzenegger’s in the film was also sold at the same auction for N8.7m($24,000).

Watch video of the bike in action: