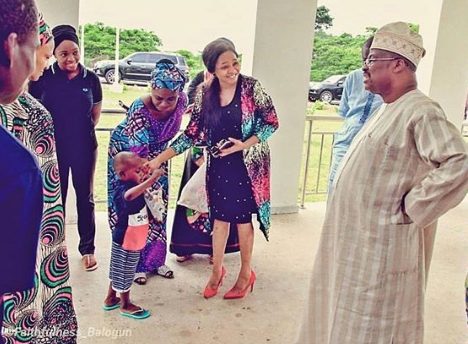 Taju was this morning handed over to the Oyo state governor, Abiola Ajimobi at the state house in Ibadan, the state capital

The cute Yoruba kid became an instant social media hit the moment his video trying to speak English hit the internet. He said in the video that he doesn’t go to school.

”Thanks everyone for your love and support. I am so happy to let you all know that Taju is now in safe hands. TAJU is now with the government?? I love you Boy?
The wife of Oyo State Governor Dr Florence Ajimobi today, met with the little boy, Tajudeen Ibrahim Agbabiaka, that trended on social media some days ago.  It can be recalled that Taju was recorded in an instagram video, where he was asked questions in English language and could not respond because he could not converse in the language. The Oyo state government has taken responsibility and custody of the child through the child welfare unit of the state government.

Dr Ajimobi reiterated her commitment to improving the quality of life of children and urged the young parents not to be irresponsible to the role of training their children but care for the children with the required nourishment and basics of life.
In the meantime, case work intervention is on going on the issue so as to bring it to a logical conclusion. The state government has reiterated its commitment to reducing the vulnerability of children and the under privileged in the state. Taju is now with the government”. 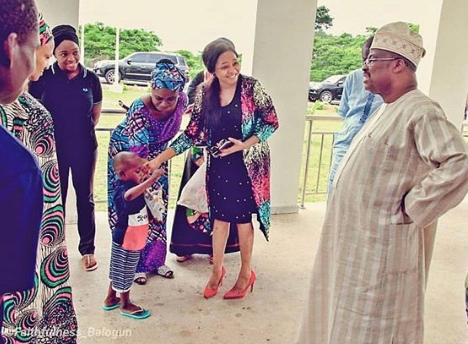 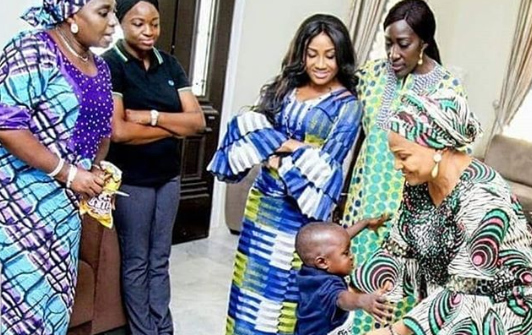 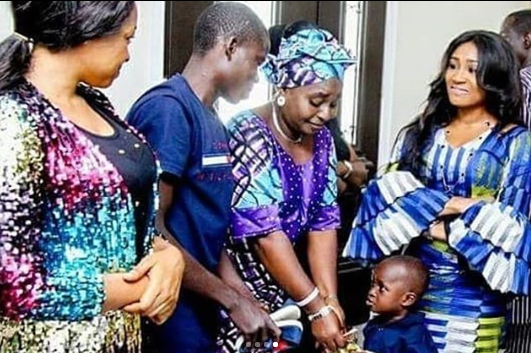