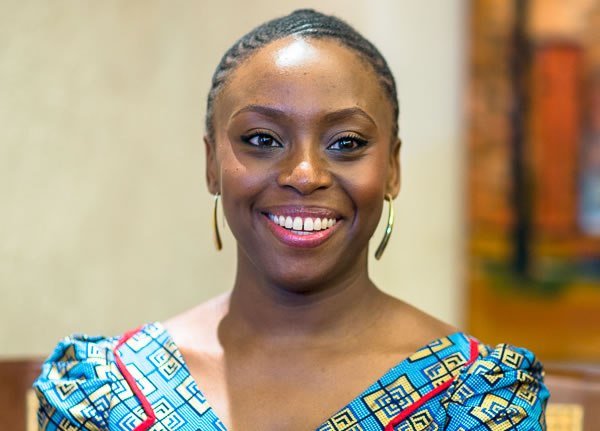 Renowned author and strong feminist, Chimamanda Ngozi Adichie has gotten lots of Nigerians talking with a comment she made when she appeared on Trevor Noah’s show.

The celebrated author said chivalry, for example opening doors for people, shouldn’t be gender-based and women should also open the door for men.

I thing gestures like holding the door shouldn’t be gender-based. I think it’s a lovely thing to hold the door but we should hold the door for everyone.

Like, I hold the door for men and for women. And so I think the idea of someone holding the door for a woman because she’s a woman… I have trouble with it.

I’m quite happy for people to hold the door for me. But I’m like, hope they’re not doing it because of this sort of idea of chivalry. Because chivalry is really about the idea that women are somehow weak and need protecting. But we know that really, there are many women who are stronger than men.

Speaking of women being thought of as weak and given preferential treatment in crisis situations, the writer said:

So really, what I think is that the people we should protect are people who need protecting, whether men or women. Which is also why I sort of have trouble with the idea of women and children. When women are classified in the same… I mean, when there’s a tragedy and we say, women and children should leave first. I think, actually, it’s the people who are weak, unwell, young… who should leave first. 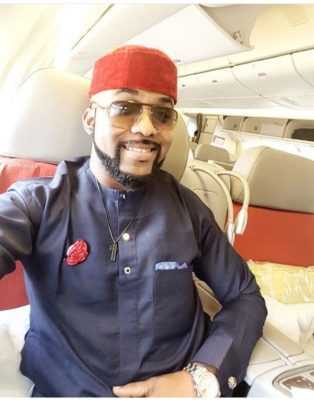 Singer Banky W on reacting to the comment, wrote: 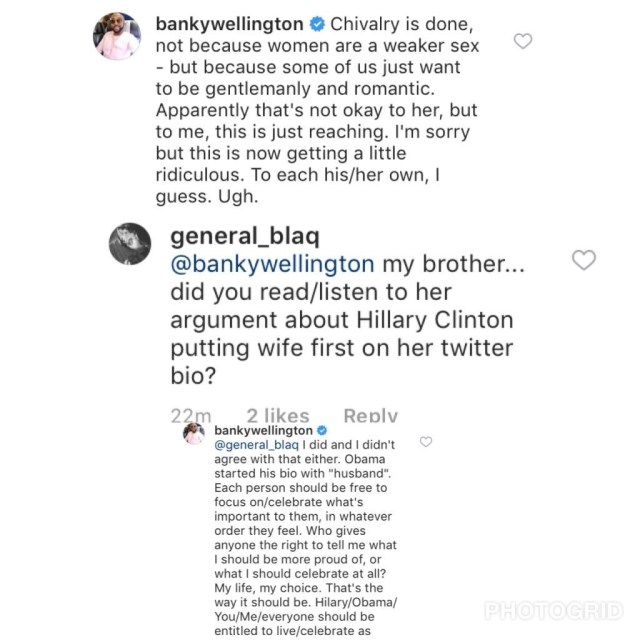 Violette - August 11, 2020 0
Afrobeat singer and songwriter, Burna Boy is set to bless the face of his fans amd followers across the globe with a new comic...

Johnson Olumide - March 21, 2020 0
Ghanaian actress, Yvonne Nelson has revealed that she can never act Unclad, even if she is offered a huge amount of money. She made the revelation...

Johnson Olumide - April 2, 2018 0
Viewers of the Big Brother Naija 2018 show have blasted the organizers of the reality show for ascribing wrong votes to Nina during Sunday’s...

#BBNaija: I did not come to play with you hoes – Tacha tension IG...

Violette - December 16, 2020 0
Big Brother Naija star Natacha Akide popularly known as Tacha has decided to give fans a new thing to ponder about as she stuns...