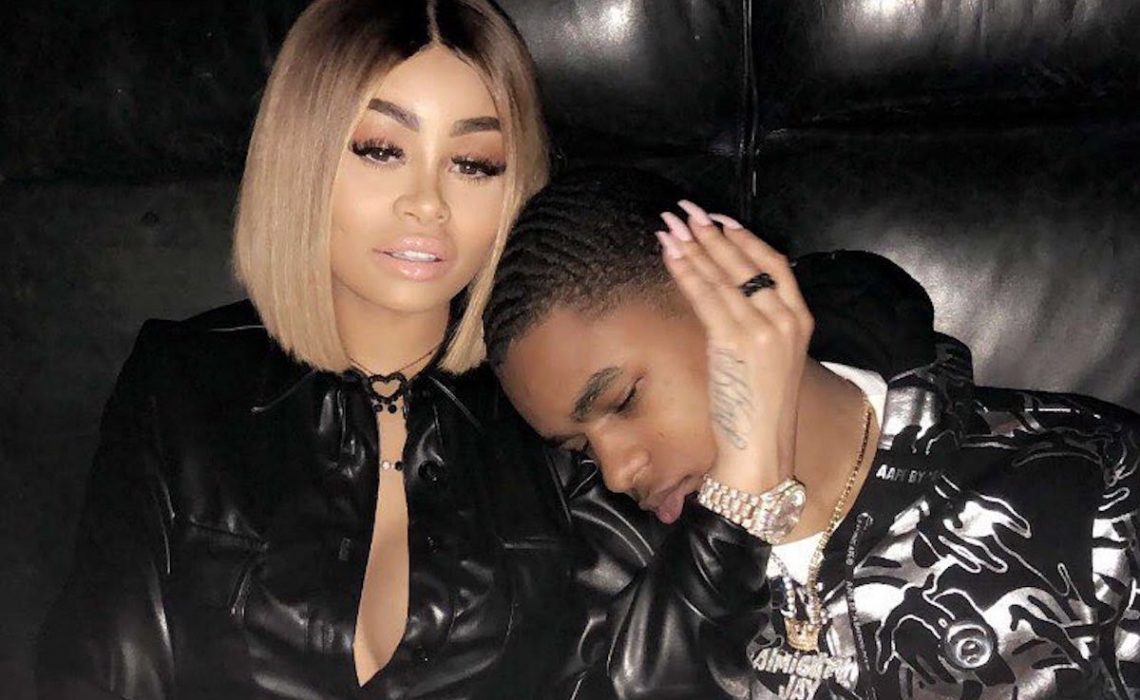 The two love birds have finally put a stop to their relationship after dating for like 3 months, YBN Almighty Jay too to  his social media handle to make the announcement. The former couple started dating in March,2018.

The musician – whose real name is Jay Bradley – announced their breakup on his Instagram Story Tuesday, writing, “@blacchyna and I are no longer together.”

Chyna, 30, and Bradley were first spotted together at the end of February getting cozy on a bowling date in Los Angeles.

The split comes two months after the Houston hip-hop artist proposed marriage to the mother of two in April. “Will You Marry Me?” he captioned a photo of Chyna.

BREAK UP? Fans are asking if Juliet Ibrahim and Iceberg Slim are still dating (photos)

Bradley was also by Chyna’s side when she allegedly got into a heated argument at Six Flags with another person on Easter. In footage from the incident, Chyna is seen removing her jacket before grabbing a pink stroller shaped like a miniature car and swinging it around wildly.

After the video surfaced, Chyna posted a message alluding to the incident on her Instagram story, suggesting that she acted out in response to a fellow park patron trying to touch one of her kids. A representative for Six Flags confirmed a “verbal and physical” altercation had occurred and that both perpetrators were removed from the park.

“Being famous is hard enough dealing with scrutiny but when someone feels comfortable to come and touch your child it’s a whole other story,” she said. “I do not condone violence nor am I a violent person but shout out to all of the amazing mothers out there that will protect their children at all cost. Love, King and Dreams mommy.”

Bradley is best known for his 2017 hit “Chopsticks” and was recently featured on a track by Rich the Kid called “Beware.”

Chyna was previously engaged to Rob Kardashian, with whom she shares a 19-month-old daughter, Dream. She also shares 5½-year-old son King Cairo with ex-fiancé Tyga.

Before Bradley, she was romantically linked to rapper Mechie, whom she dated last summer.