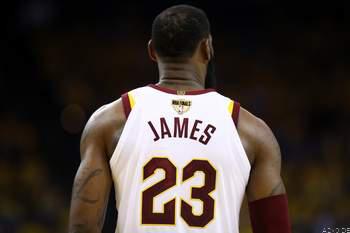 Defending champion Golden State has seized command of the NBA Finals as the series shifts to Cleveland, where the Cavaliers must continue their home playoff magic to sustain any title hopes.

The Warriors, seeking their third crown in four seasons, could complete a sweep in the best-of-seven showdown with road wins Wednesday and Friday after taking a 2-0 edge with a 122-103 home triumph Sunday.

“I don’t think we’re close to our ceiling, which is good for us,” said Warriors forward Draymond Green. “We can play so much better. We’re going to need that going out on the road.”

While the Cavaliers made the greatest comeback in NBA Finals history from 3-1 down to beat Golden State in 2016, no team has ever rallied from 3-0 down to win the title.

“We have to make sure that we really bring it in game three because that’s really the game right there,” Cavs forward Kevin Love said. “This is a team you don’t want to be down 0-3 against.”

The Cavaliers are 8-1 at home in this year’s playoffs, losing only in their first-round opener against Indiana.

“We feed off our crowd. We really get up to play at home. We know that come Wednesday we’re going to have to be better,” Love said. “Just being in front of our crowd will be huge for us.”

“We have to do a better job at home,” Cavs guard J.R. Smith said. “We can’t keep taking positives from losses. We’re doing some good things, but it’s not translating into Ws so we’ve got to figure it out.”

The Cavaliers were the most recent victims of an NBA Finals sweep, being blanked by San Antonio in 2007 in the first finals trip for LeBron James, now playing in an eighth consecutive finals and ninth overall.

“It sucks to lose, that’s for sure, but it definitely won’t stop me from preparing to be better,” James said. “We’ve played some really good basketball on our home floor. But that shouldn’t give us any comfort. We should still be uncomfortable.

“Just because we’re going home doesn’t mean we can relax. This is the last team in the world you want to relax against.”