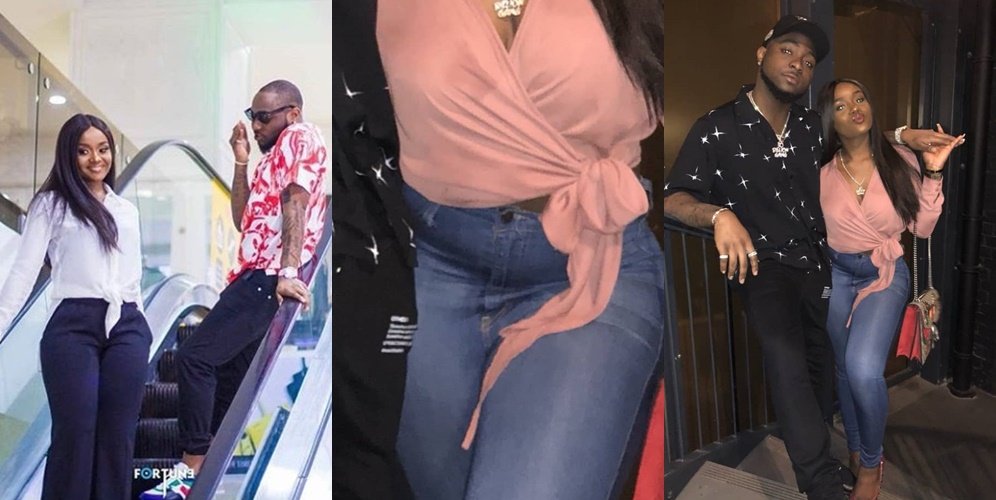 Nigerian singer, Davido and his lovely girlfriend Chioma made up yesterday following the little drama between them that went viral. Tey both stepped out for dinner afterwards but there are some speculations on social media that Chioma is in fact pregnant.

Davido and his latest girlfriend, Chioma has one way or the other always find themselves making headlines. Early this year, it started with flaunting, vacations and partying which drew the attention of social media.

Recall also that Davido shut down the Internet has he gifts his Bae an expensive Porsche car on her birthday coupling with the release of his single, Assurance which he dedicated to her.

The social media world is yet to recover from the assurance shock as Chioma just shows signs of a baby bump as she steps out for a date nite with Davido.

Probably Davido is expecting his third child as he is a proud father of two daughters from different ladies.