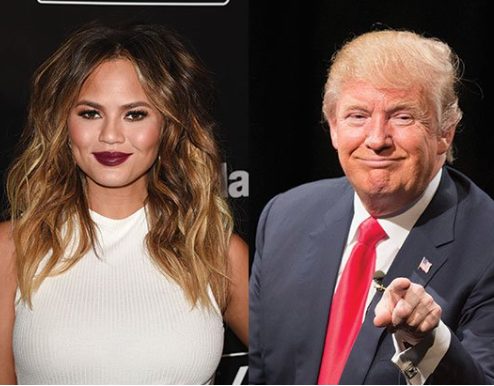 Chrissy Teigen never misses a chance to slam Donald Trump, not even on his birthday.

The outspoken critic of the President wished Trump a happy birthday, then used the opportunity to rip him apart for his “inhumane policies” on immigration.

She took a jab at the US President by donating $72,000 to the ACLU so they can keep fighting for vulnerable families and asylum-seeking parents forcibly separated from their children. Chrissy blames Trump for separating these families and she revealed that each member of her family donated a total of $72,000 to the organization in honor of Trump turning 72, so they can keep fighting Trump’s policies.

John and I are outraged to see and hear the horror stories of immigrant families seeking asylum and refuge in America being ripped apart due to the inhumane policies of the Trump administration. These actions are cruel, anti-family and go against everything we believe this country should represent. The ACLU is committed to defending the rights and humanity of these vulnerable families

She signed off the note with: “With love, Chrissy, John, Luna and Miles” and captioned it “Happy birthday @realDonaldTrump”. 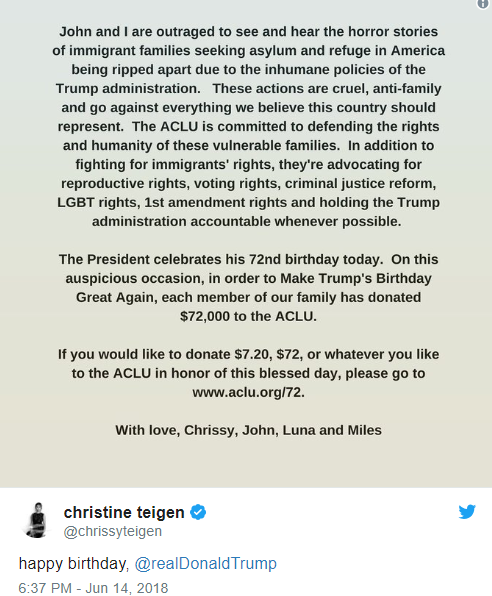