The God’s Plan Singer released his much awaited 6th studio album yesterday and its been having a massive acceptance world wide , the album is also a double album consisting of over 10 track on two disk plates.

Drake while enjoying the rave of the moment took to his insta story to appreciate Nigeria’s biggest global success artists in the likes of Wizkid and Tekno, saying they had a big impact in how his new album was made. 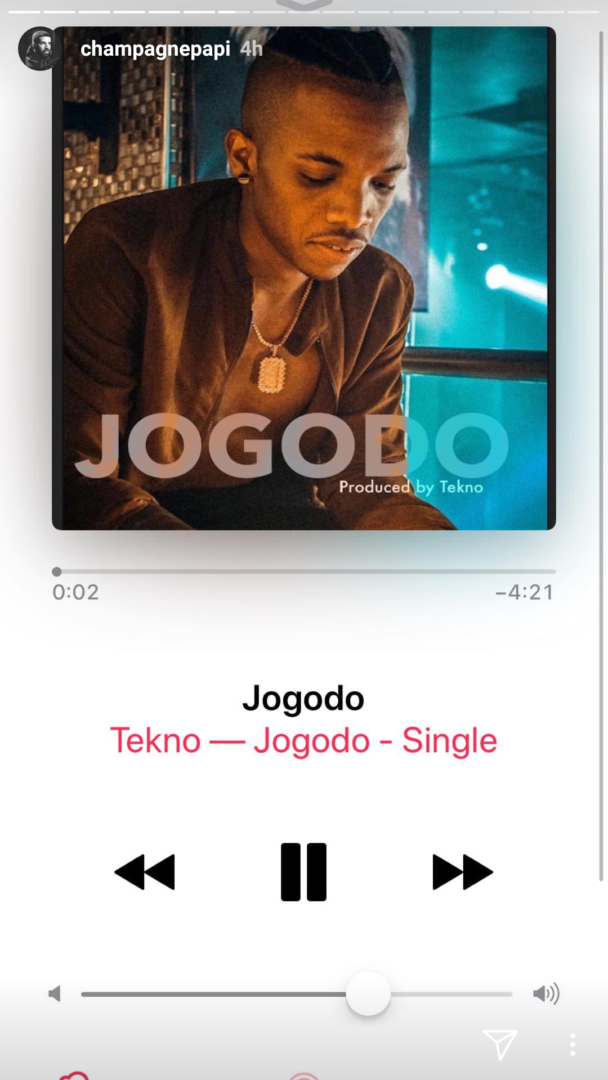