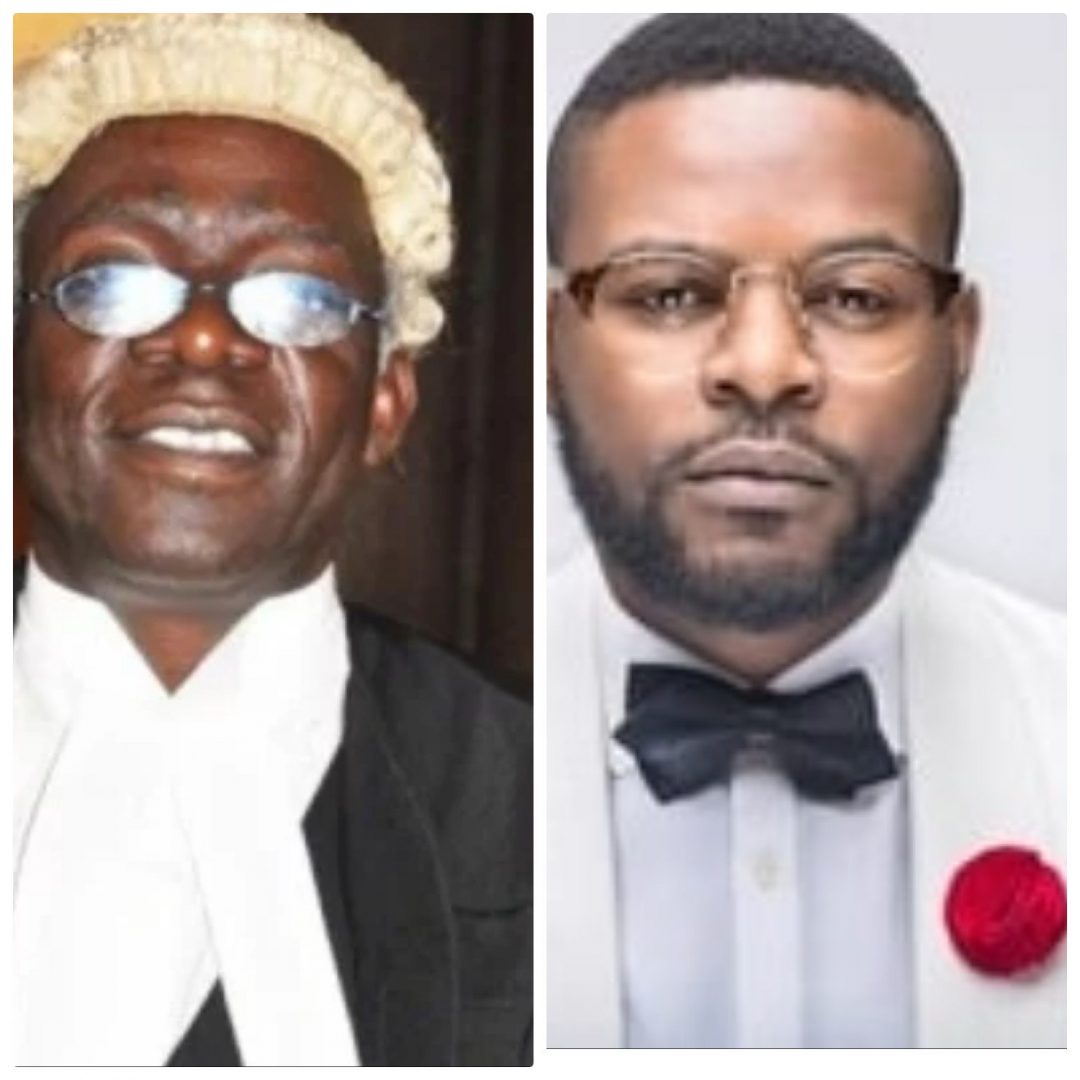 Human rights activist and renowned lawyer, Femi Falana (SAN) has
dared the Muslims Rights Concern, MURIC, to sue his rapper son,
Folarin Falana popularly known as Falz, if they are aggrieved by his
trending ‘This is Nigeria’ video.

CREEBHILLS recalls that the group during the week released a
statement, ordering Falz to take down “This is Nigeria” video which,
according to them, ridicules their religion because some girls were
seen in the footage wearing hijab and dancing Shaku Shaku.
They also threatened to take a legal action against the rapper after
the expiration of the ultimatum given to him.

But reacting to the threat, the renowned lawyer told Vanguard that
in as much as freedom of speech is constitutionally guaranteed in
the country, nobody has the right to threaten another person.
According to him, the video in question contains a lot of messages
and desired to be encouraged by anybody who has the interest of this
country at heart.
Speaking further, Falana said he has confirmed that his son, who’s
also a lawyer by profession is handling the threat within the ambit of
the law.

“My son is a lawyer and I have confirmed that he’s handling the
threat within the ambit of the law. The video in question contains a
lot of messages and it should be encouraged by anybody who has the
interest of our country at heart.
“Since the group has threatened to sue him or threatening to sue
him. My son has promised that he would meet them in court. I
support that decision.

“We all belong to this country, nobody can threaten another person.
Freedom of speech is constitutionally guaranteed.

“If you are aggrieved as a result of any publication or record, the
appropriate thing for you to do is to go to court. I’d hope that they
will go to court at the expiration of the ultimatum given to my son,”
said the renowned lawyer.

Johnson Olumide - February 18, 2020 0
In American the World Roots means Black Magic that is been used in the Southern part of American, especially in South Carolina, United states. So...

Violette - June 15, 2018 0
Nigerian singer, Benjamin Ogwehi, aka, Mr. Shaa, who became the first Nigerian entertainer to invest in buying a sex doll has revealed that he is yet...