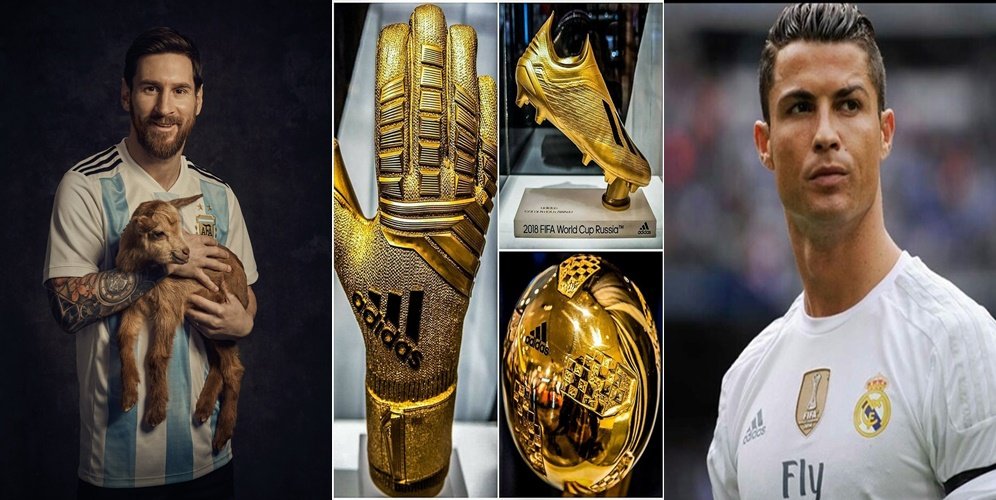 Ahead of the much anticipated world cup in Russia which is set to kick off in a couple of days time, football governing body FIFA has unveiled the official new trophies.

The much coveted trophies are the Golden Ball for the World Cup’s best player, the Golden Shoe for the top goalscorer and the Golden Glove for the best goalkeeper

The previous winners of the trophies from 2014 world cup are Lionel Messi, James Rodríguez and Manuel Neuer respectively.