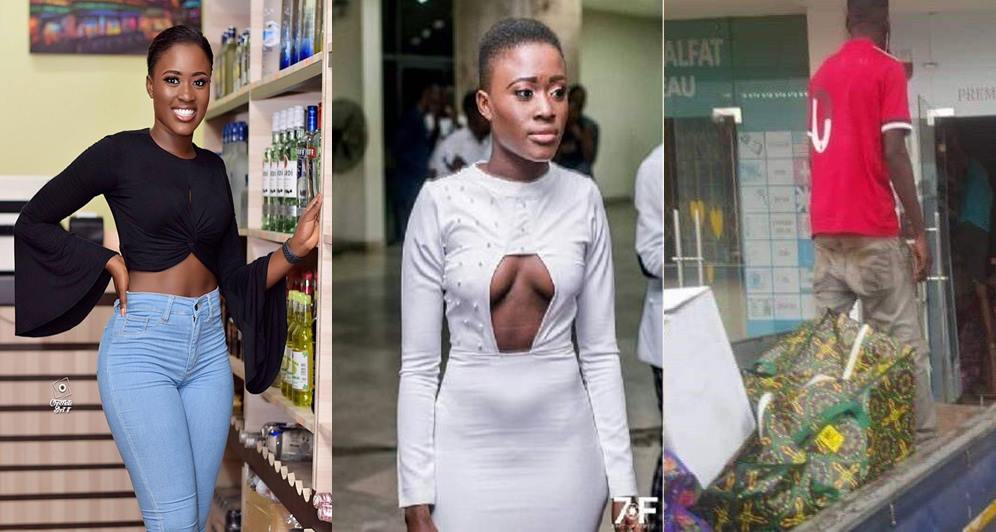 Ghanaian actress, Fella Makafui has reacted to the news that a wine shop opened for her by her boyfriend has been closed. We reported the news yesterday with pictures showing goods from the wine shop getting offloaded.

A source revealed that the boyfriend whom she has dated for about five years opened the wine shop for her also the three bedroom apartment she currently lives in.

“She no longer respects the guy. On multiple occasions, she has called for an end to the relationship but anytime the boy tries to move on, her parents will intervene and calm him down.

“This is the fourth apartment the same guy has rented for her. What got him even furious is that recently, he saw a four-wheel drive in the house and when he asked of the owner, Fella gave him a cheeky response and so he decided to end everything and that is why he is shutting the shop, which he rented for her,” the source revealed.

However, Fella Makafui has shown in an Instagram post that she is ready to put all of that behind her and move on. The post also suggests she doesn’t want to see her boyfriend again.

*”Don’t be afraid. Just stand still and watch the LORD rescue you today. The Egyptians you see today will never be seen again. The LORD himself will fight for you. Just stay calm.” (‭Exodus‬ ‭14‬:‭13-14‬ NLT)”*. #daviespalace #aireepads #carnivalstrawberry#beautybyfellamakafui.”