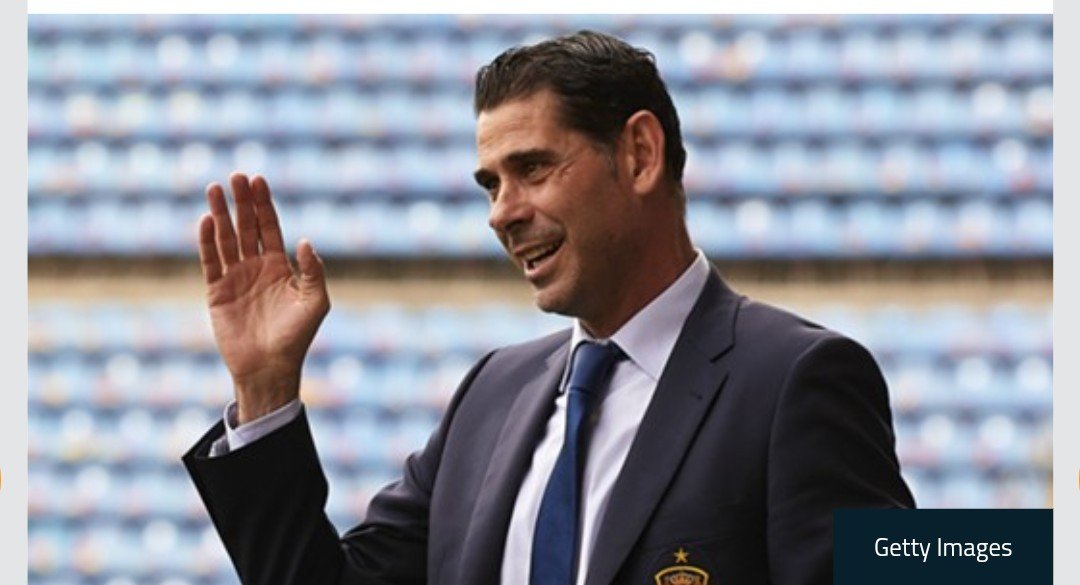 Fernando Hierro will manage Spain at the 2018 World Cup after Julen Lopetegui was sensationally sacked on Wednesday.

The former Bolton Wanderers defender was previously the sporting director of the national team.

However, the Spanish Football Federation (RFEF) took the decision to sack the former Porto boss, with the announcement of his deal with Real reportedly sending shockwaves through the nation’s football hierarchy.

Hierro has previously been assistant manager at Real Madrid and has also worked as Malaga’s director of football.

However, he has managed just one club in his career, taking over at Real Oviedo in Spain’s Segunda Division for the 2016-17 season, though he failed to take the club to promotion, and subsequently departed by mutual consent.

Hierro is best known in Spain for his playing days at Real, where he won five La Liga titles, as well as the Champions League three times. He also spent the 2004-05 season playing under Sam Allardyce at Bolton Wanderers.

As well as Portugal, Spain will face Iran and Morocco in Group B in Russia.

La Roja were heavily fancied to win the tournament, boasting a squad packed with world-class players, but it remains to be seen how they will adjust to their new circumstances.