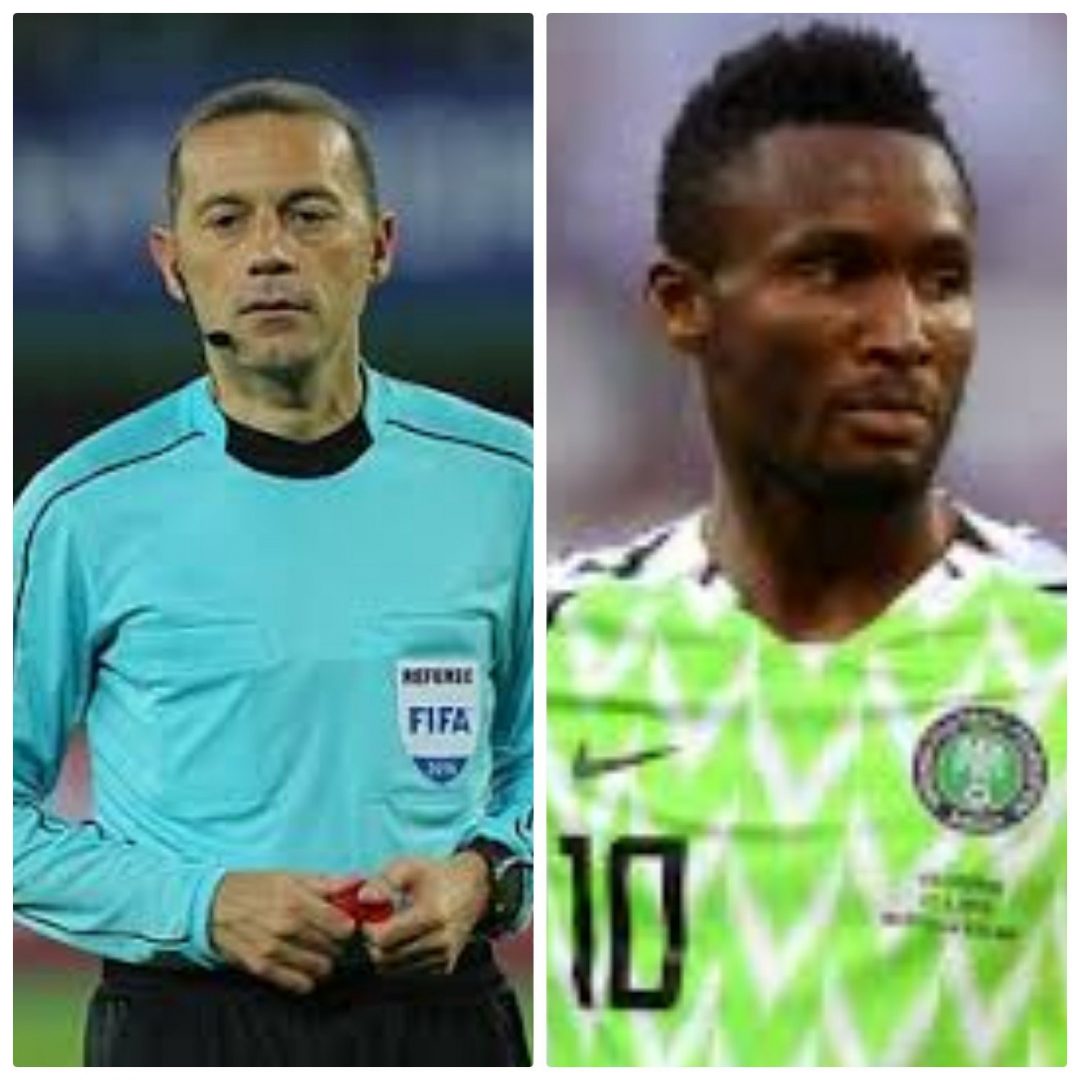 Turkish referee Cuneyt Cakin said he did not know why he did not
award the penalty for the handball of Argentine defender, Marcus Rojo,
for Nigeria on Tuesday evening, according to Super Eagles captain,
John Mikel Obi.
Mikel said the referee admitted that the ball touched the hand of
Marcos Rojo in the 82nd minute of Tuesday’s game but he put up a
defense in not awarding the crucial spot-kick.
The penalty, if awarded and scored at a time the match was 1-1, could
have wrapped up a second round ticket for the Eagles. Speaking at the
post-match briefing in St Petersburg, Mikel said: 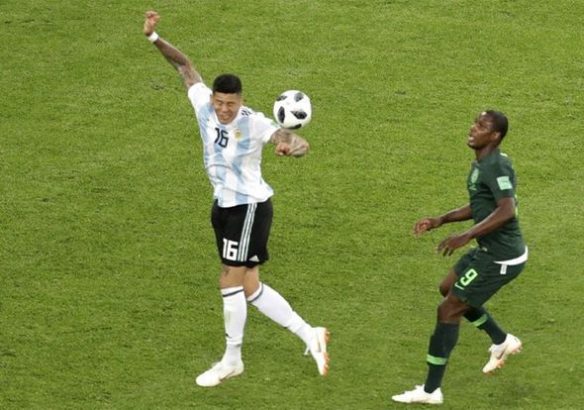 Quote
“I asked the referee if he thought the ball struck Rojo’s hand and he
said ‘yes;. The referee told me that the ball came off Rojo’s head
before it hit his hand.”

Mikel added:
Quote
”I then asked Cakur why he didn’t award the penalty to Nigeria, he
said: ‘I don’t know.’ That was sad because we checked the match
video in the dressing room and it was a clear penalty kick.
“When the ball touches your hand in the penalty box, it’s a penalty.
No two ways about that. Maybe he didn’t want to give us the second
penalty. It is sad we had to exit the competition this way.

Speaking about his future with the national team, Mikel said he would
be most delighted to lead the boys going further into the future.

Quote
I’m happy playing with this bunch of players. I expect them to grow
into a great side and I think this team would make a good
impression in the next four years. They are good boys with bright
future,” he said.

“Of course, we did everything we could; we pushed and pushed to
get the goal but it was not to be.

“We want to thank all Nigerians for their support; we have to keep
going.” 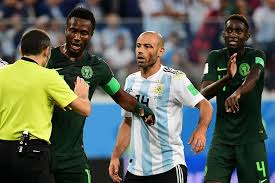 Violette - June 30, 2019 0
These are common objections thrown out below whenever to the topic of condom use comes to bear before or in the throes of sex....

Adedokun Moses - August 19, 2020 0
Former best friends at the ongoing Big Brother Naija 'Lockdown' show, Erica and Laycon have once again have a conversation about their relationship. It would...