Last night at the CFDA Fashion Awards, actress Issa Rae slammed Kanye West for his statement that slavery was a choice for Black people, and she did this in front of Kim Kardashian.

The “Insecure” actress served as the host for the prestigious fashion awards show and she made some bold, but not unheard of, statements about Kanye West.

I’m about as fashionable as Kanye is black. Only when it’s convenient…That joke was my choice, just like slavery.

Kanye West’s wife, Kim Kardashian was in the audience when Issa made the statement but the reality star has not reacted to the jab.

Along with Issa, her fellow “Insecure” castmates are also choosing not to support Kanye West’s controversial antics. Natasha Rothwell, who plays Kelly on the show, tweeted:

ICYMI: if u still fux wit Kanye, i don’t fux wit you. 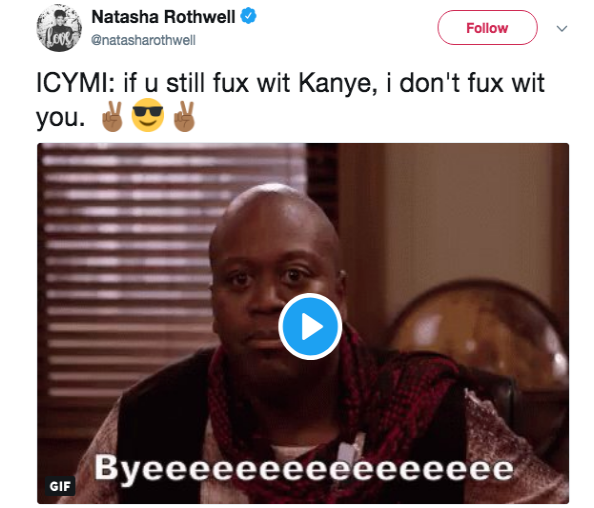 Musical genius or not, until he walks back ‘slavery as a choice’ and making America great again, I can’t support.