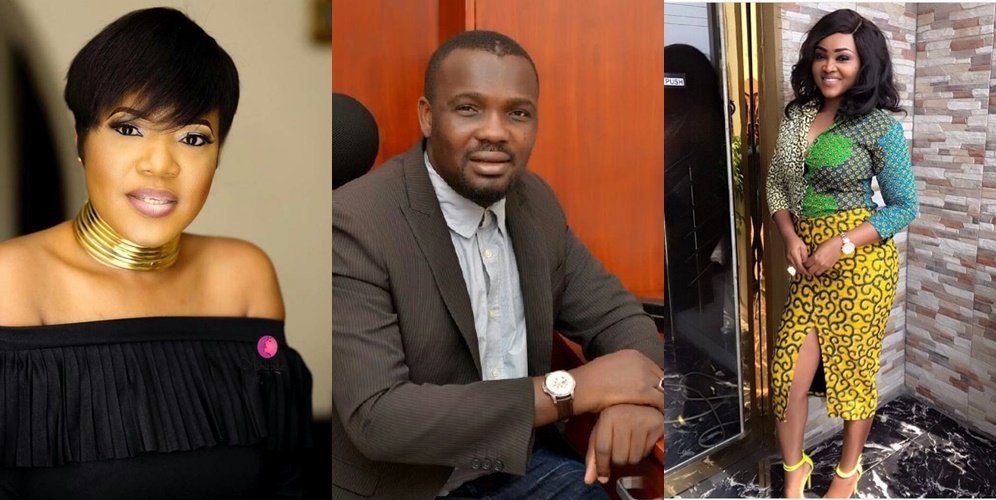 Nollywood actor Yomi Fabiyi has intervened in the rumoured feud going on between top actresses Mercy Aigbe and Toyin Abraham. And according to him, he has pleaded with Aigbe on Toyin’s behalf.

Recall that Toyin had, in a series of comments, attacked Aigbe, calling her a hypocrite. She wrote,

“Mercy pushed me to the extreme. Alabosi ni e Mercy (you are a hypocrite). I don’t have issues with them. Agbaya ni e (you are an old fool)…” In another post, she wrote, “Mercy, anytime you see your colleagues fighting anyone that is when you write epistle…”

Even though Abraham later stated that it was all a stunt, Yomi Fabiyi, who had stood up for Mercy online, disagrees.

In a chat with Sunday Scoop, Yomi said:

“It was never a stunt and it is common sense to know that such a weighty allegation can never pass for a stunt. I know better and I can clearly spot the danger that lies within if that deceit is allowed to fly. It is becoming a menace.

People use social media to hurt brands. People with evil mindsets and wicked motives take undue advantage of the anonymity and sensitive nature of followers. I immediately knew the allegation against Mercy was not genuine when it bordered on lies and it came on the day she was dropping pictures and information of getting a new endorsement.

Toyin and Mercy share the same PR manager. And if by sheer luck, it is Mercy this time, I expect Toyin to wish her well and put her envy in check. She went too far by calling her out repeatedly, and that subjected Mercy to serious cyber attacks.

How long will people keep quiet over this kind of evil and anti-social behaviour?

I know for one that the hurt will become a case of tit-for-tat even if they are both asked to pretend. Such dirty tactics must stop.

All artists must be free to come on social media to ply their trade and socialise freely without fear of cyber attacks. Someone just has to stand up against this and demand a stop by taking the bullets.”

On the allegations that Mercy played a role in Abraham’s marriage collapse, Fabiyi said:

“It is untrue. It is so sad that she took to social media to do that. It would be a grave sin if someone like me sees that and keeps quiet. We are all one big family. I have since sent Mercy a message to forgive her (Toyin) and hopefully, she understands that such approach without just or honest reasons is tantamount to cyber bullying, defamation and abuse. It does not have a place among us. These are things that can easily lead to terrible attacks.

To save this society, people must learn to uphold the truth and look evil in the face. I have begged Mercy afterwards and I am sure she would listen and not plan any revenge.”

Is Mercy Aigbe taking a break from social media, for the sake of her sanity?