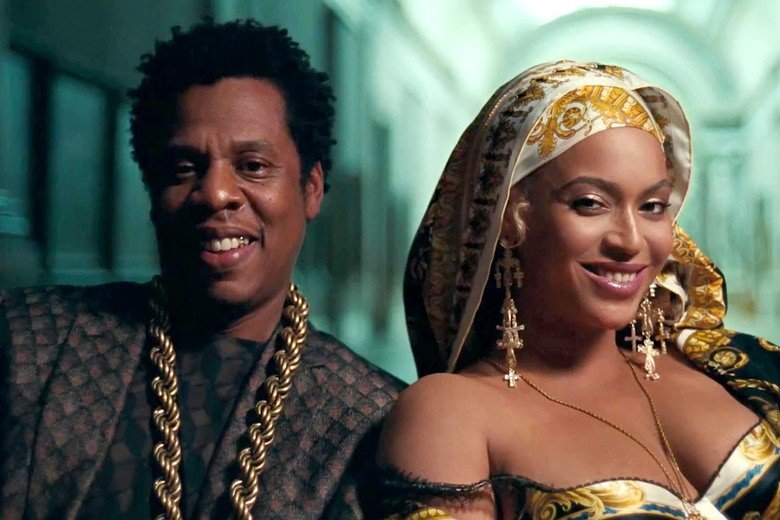 On Friday, Jay-Z and Beyonce released their first-ever joint album ‘Everything Is Love‘ during their On the Run II tour. 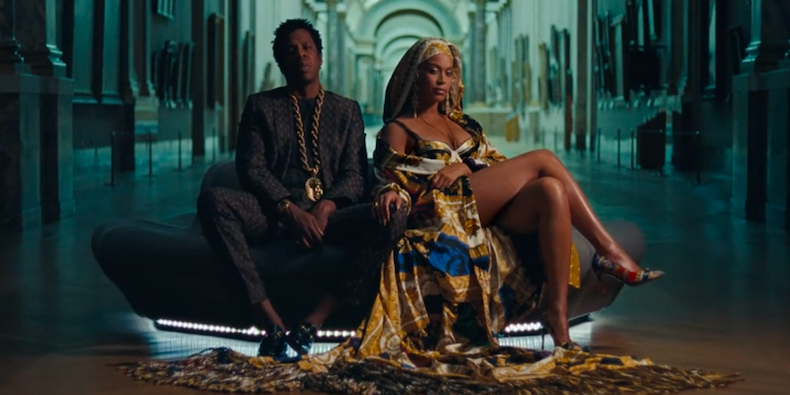 Here are the shots he took against Kanye and Kim (Jay Z, “Friends”)

I ain’t going to nobody nothing when me and my wife beefing
I don’t care if the house on fire, I’m dying, n*gga, I ain’t leaving
Ty Ty take care of my kids, after he done grieving
If y’all don’t understand that, we ain’t meant to be friends

She a thot you claim, can’t be toppin’ my reign

Shots he took against The Grammys: (Jay Z, Ape Shit)

Tell the Grammy’s fuck that 0 for 8 shit
Have you ever seen the crowd goin’ apeshit?

I said no to the Superbowl
You need me, I don’t need you
Every night we in the endzone
Tell the NFL we in stadiums too

Niggas rather work for the man than to work with me
Just so they can pretend they on my level, that shit is irkin’ to me

If I gave two fucks – two fucks about streaming numbers
Would have put Lemonade up on Spotify
Fuck you, fuck you
You’re cool, fuck you