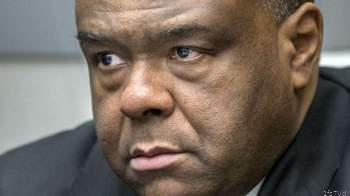 The International Criminal Court (ICC) has overturned the conviction for war crimes and crimes against humanity of former Democratic Republic of Congo Vice-President Jean-Pierre Bemba. Bemba was found guilty in 2016 of crimes committed in the neighbouring Central African Republic (CAR) from 2002 to 2003. He was accused of failing to prevent his rebels killing and raping.

But a judge has now said he cannot be held responsible for their actions. Christine Van den Wijngaert also said the judges in the 2016 case had failed to take into account his attempts to stop the crimes once he was made aware they were taking place. The decision to overturn the 18-year sentence was greeted with cheers from his supporters in the gallery.

But human rights group Amnesty International said it was a “huge blow” for the victims of a “horrifying campaign of rape and sexual violence”, as it called on the authorities to redouble their efforts to prosecute those who had carried it out. ICC prosecutor Fatou Bensouda described the ruling as “regrettable and troubling”.

Firmino Hits Back At Sergio Ramos