Home Entertainment BBNaija Kemen sucked the life out of me – Bisola on the TGIF... 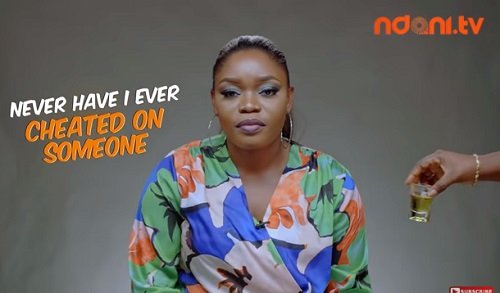 Reality television star, Bisola, has opened up on how her fellow TV show housemate, sucked out her soul during a kissing competition as well as her celebrity crush.

The reality television star and actress during the interview, made reference to Kemen’s lips, saying during a kissing game on the TV show, he was sucking the life out of her.

Speaking further, the mother-of-one was asked the most embarrassing thing she has seen about herself on social media and she talked about the kiss with ex-BBNaija housemate, Kemen.

She also said that her celebrity crush used to be Don Jazzy, but now she has shifted to UK-based singer, Maleek Berry.

Watch the interview below;