Lionel Messi is frustrated and desperate to turn Argentina’s World Cup around, according to Javier Mascherano.

Jorge Sampaoli’s men are facing a group-stage exit in Russia after collecting just one point from their opening two games.

Messi, who turned 31 on Sunday, is yet to score or provide an assist at the showpiece event, while he had a penalty saved during a 1-1 draw with Iceland. 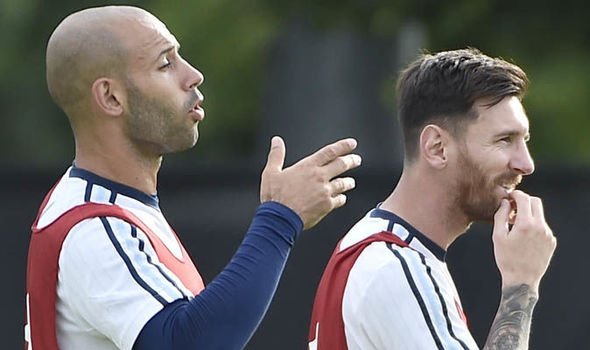 Mascherano, whose team must beat Nigeria on Tuesday to have any chance of reaching the last 16, said the star forward was only human.

“Leo is fine,” he told a news conference.

“But as a collective, where things don’t go as we’d like, we all have our own frustrations.

“He’s human and he has his own frustrations but he’s desperate to turn the situation around.

“He wants to show the world a different image to the one we’ve shown in the first two games.”