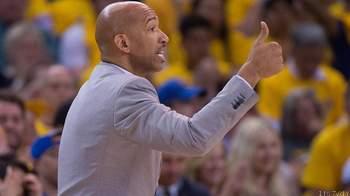 Brett Brown has found a lead assistant for his coaching staff.

Williams will bring five seasons of head coaching experience to the Sixers’ staff. He led the Pelicans from the 2010-11 to 2014-15 seasons, including two playoff appearances. Williams also was an associate head coach for the Thunder during the 2015-16 season and began his coaching career with the Trail Blazers as an assistant coach.

Williams has been a member of the Spurs’ front office.

Coaching the Sixers will be a return to Philadelphia for Williams. He played for the team during the 2002-03 season, part of his nine-year NBA playing career.

The Sixers have been looking to fill the vacancy on the staff left by Lloyd Pierce, who was hired as the Hawks’ head coach on May 11.