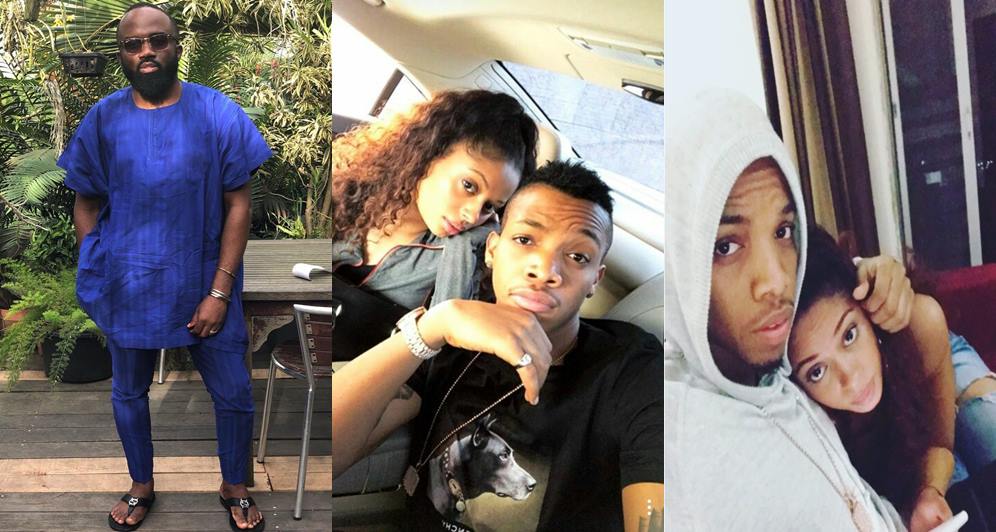 “He made you stay away from your music to have a baby but he stayed back to push his hustle. #life”

In a chat with Sunday Scoop, Noble said;

“I don’t shade, I tweet my thoughts in full but these days, I think people claim things. My tweet wasn’t directed at them and if it were, I would have mentioned their names. For example, if I write that, ‘New bloggers are all in this game for the negative stories,’ or ‘Wish some DJs will agree that the music album business is not for them,’ or ‘Some fake clothes out here but will complain about piracy,’ people would definitely read meanings to it and believe that it is directed at specific persons but it isn’t. People always let their minds dictate what they are thinking. That’s what twitter does; it makes people align their thoughts to things happening around them.”

Speaking on his recent tweets which commended the EFCC for the arrest of some alleged Internet fraudsters, Igwe said;

“I don’t only speak out about ‘yahoo-yahoo’ boys, I also speak about fraudulent people in government. Fraud is not ‘yahoo-yahoo’ only; fraud is pastors taking money from congregations and using same to build personal projects. Fraud is also a government official taking money from the government and buying wheel barrows for people in his local government. Fraud is taking pictures of items you don’t own just to show off on social media, making people steal to compete with you. I think we are failing as a society. It is sad that people with voices are not speaking out and that may be because we have accepted that the government has let us down and people are basically using every means to cater to their families.”

The blogger also stated that he had been getting threats for some of his positions. He said, “I have gotten a lot of threats on social media. However, I’d always say what I feel about how we can get society working again.”

Reacting to insinuations that he reacts to issues that don’t even concern him, Igwe retorted, “What is my business? I am a blogger and that is my work. I guess people that know my fine clothes think I am all about looking nice. I stand for a lot of things.”

#BBNaija: Why Efe was shut out by BBNaija organisers – Noble Igwe opens up