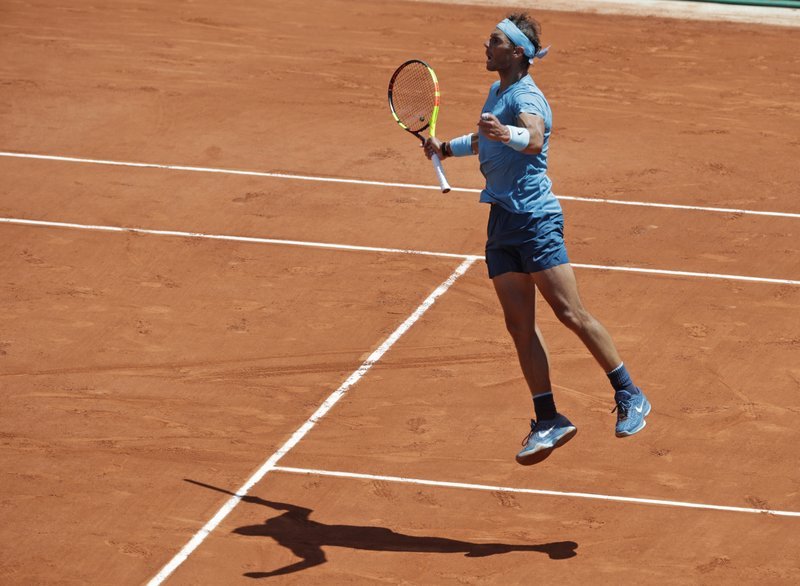 PARIS (AP) — Rafael Nadal is into the French Open semifinals for the 11th time.

The top-ranked Spaniard completed a 4-6, 6-3, 6-2, 6-2 win over Diego Schwartzman of Argentina over two days after their quarterfinal was halted by rain on Wednesday night.

Nadal was serving at 5-3, 30-15 after having dropped the first set when play was stopped.

He came back on court in full swing and made Schwartzman run a lot with a combination of deep ground strokes and subtle drop shots. He was also able to raise his level when in danger, saving three break points in the eight game of the third set with great shot-making, and four more in the final set.

Nadal is only the third male player in the Open Era to reach 11 semifinals at a single Grand Slam, alongside Roger Federer and Jimmy Connors.

The 10-time Roland Garros champion will be up against Marin Cilic or Juan Martin del Potro for a spot in the final.