Home Sports Basketball NBA Team Up with Next VR to Bring Cavs Warriors to... 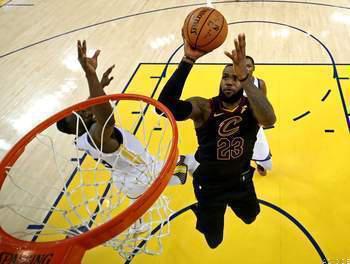 The biggest events of the sporting year are always the ones that push on technology.

This year’s World Cup is likely to see social media play a central role in how the games are consumed, with near-live highlights of big moments being uploaded to Twitter straight away, whilst social video, live streams and podcasts will all make it possible for fans to consume news and views around the tournament pretty much at all hours of the day.

Similarly, this year’s NBA finals might help to push on virtual reality.

The NBA have teamed up with NextVR to bring fans VR highlights of each of the games of the ongoing series between the Golden State Warriors and the Cleveland Cavaliers.

Fans of basketball who have access to the right hardware will be able to take advantage of NextVR’s updated platform, and the VR company are working with the NBA to create more realistic displays and hopefully improve the experience for viewers.

That, so far, has been one of the issued for virtual reality as a whole: the concept, everyone agrees, has a place in the ecosystem, even if there are legitimate worries about whether or not it takes the social element away when applied specifically to sport.

But it’s only through actually working with the likes of the NBA that VR companies can improve the experience for sports fans.