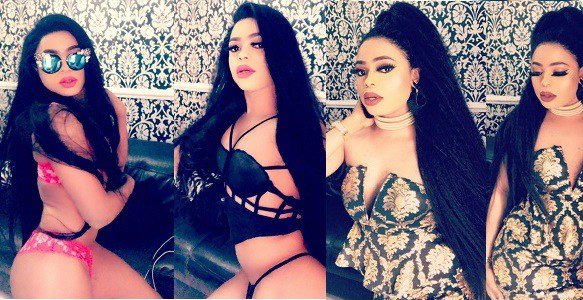 Controversial Nigerian Male barbie, Idris Okuneye has taken to snapchat to declare that he would never upload nude photos of himself again.

Bobrisky gave his reason for this sudden change due to the numerous advances he claims he get from men who litter his DM with d!k pics.

Risky was on the news recently as he’s shared photos of himself rocking Bikini thongs.

Risky has argued multiple times about how ‘feminine’ he wants to be, and has times without number caused controversy about his ‘gender’ on social media.

Dealing with work stress? CBD gummies might help you

Johnson Olumide - December 6, 2021 0
Does job security, work overload, company sales make you stressed? You are not alone if you are facing challenges in maintaining your work-life balance....

Johnson Olumide - March 21, 2020 0
Ubi Franklin who sat for an interview today at Cool FM, disclosed that Iyanya was never his business partner from the launch of the...

Davido mocks JOBLESS Nigerians whom voted, says I have a JOB

Johnson Olumide - March 21, 2020 0
Awards winning Nigerian singer, Davido has been one of the very few vocal celebrities before the 2019 elections urging young people to go out...