Home News Nigerian Bishop Says There is a Clear Agenda to Islamicize the Christian... 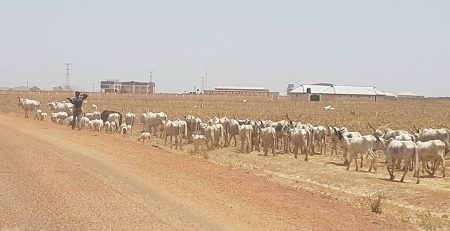 “THERE IS A CLEAR agenda: a plan to Islamicize all the areas that
are currently predominantly Christian in the so-called Middle Belt
of Nigeria.”

Those are the words of Bishop Wilfred Chikpa Anagbe of the
Diocese of Makurdi in Nigeria. His diocese is home to the parish of
Saint Ignatius in Ukpor-Mbalom, Benue State—the scene of the
most recent attack by Fulani herdsmen, which took place on April
24, 2018.

The bishop reports: “Two of my priests were murdered, Father
Joseph Gor and Father Felix Tyolaha, together with at least 17 of
the faithful. They were celebrating Holy Mass at 6 in the morning.”
Among the victims were a lay catechist and the president of the
parish council, “both of them mothers of families,” in addition to
the head teacher of the only secondary school in the town.
Bishop Anagbe explains that the total number of victims has still
not been definitively determined, since some family members of the
Catholic faithful have gone missing.
This was no isolated incident. Since the beginning of this year, more
than 100 people have been killed in similar attacks. The bishop
says that “11 parishes in the diocese have been attacked and there
have been numerous other attacks throughout Benue State, where
99 percent of the population is Christian.
The attacks were carried out by nomadic cattle herders of the
Fulani tribe which tends to be Muslim. “We are not speaking of
Boko Haram this time, although some of the cattle herders have
had relations with that terrorist group in the past and both groups
are united in the same intention to Islamicize the entire region,”
the bishop charges.
In the face of so much violence one of the most worrying aspects
for the bishop is the complete lack of action on the part of the
government, especially the federal government. He insists: “When
the attacks take place, there are never any police or soldiers
present. Quite apart from the fact that the Fulani tribesman for the
most part live in rough terrain and cannot afford the luxury of such
sophisticated weapons. So who is funding them?”
The violence has resulted in more than 100,000 Internally
Displaced People, who are living in four separate refugee camps in
the Diocese of Makurdi. “The Church is helping the people,
whereas the government is not helping us at all in this case,” the
bishop explains.
The area where the most recent attack took place is now
completely abandoned. The parish of Mbalom was established only
in 2015. “There was nothing at the time, no schools and no
hospitals. We built these, above all thanks to the dedication of
Father Joseph and Father Felix. They were priests who were truly
active and devoted to their community,” the bishop says.
In the face of so much pain and suffering, the Nigerian Christians
are not losing hope – but they do need the support of the
international community. The Catholic Church in Nigeria organized
a May 22, 2018 march to protest the ongoing attacks on Christians
by the Fulani cattle herders. Bishop Anagbe concludes: “Please pray
for us and make yourself spokesmen for the suffering our
community is going through. We need people to raise their voices in
our defense. Nigeria is part of the United Nations, and we cannot
simply be abandoned and forgotten by the world.”
—Marta Petrosillo & Maria Lozano.