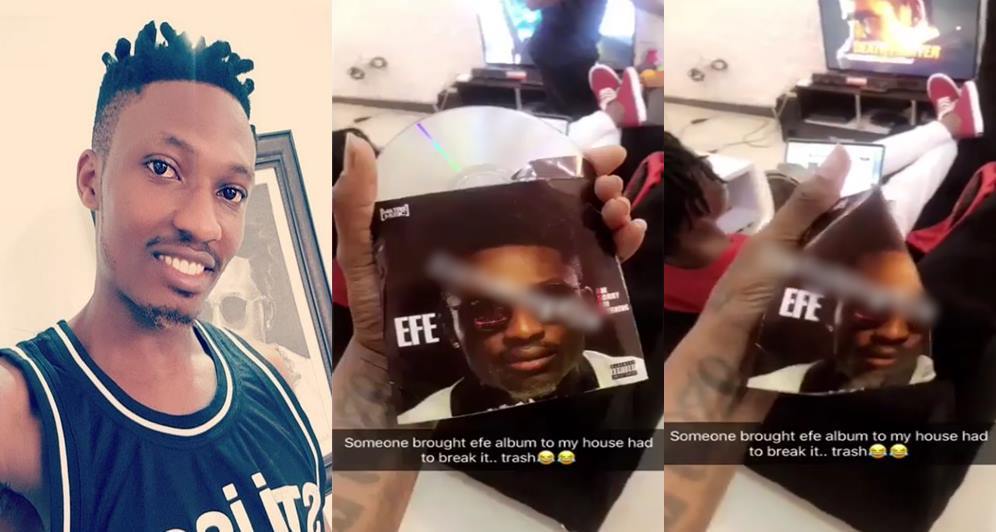 A very shocking video has just emerged online and it shows a young man breaking BBN 2017 winner, Efe’s album after someone gave it to him.

The BBNaija 2018 winner, Efe have been getting some serious criticisms ever since he embarked on his journey into the music industry, some Nigerians claim he can not sing and this video has just proven how some people hate his songs.

The young man behind the camera was so not impressed with the songs in the album as decided to break the disc like an empty soda can.

He made the video and dropped a comment saying;

“Someone brought Efe album to my house had to break it….trash”