Home News ”None of my dogs will accept to eat food served in sheets... 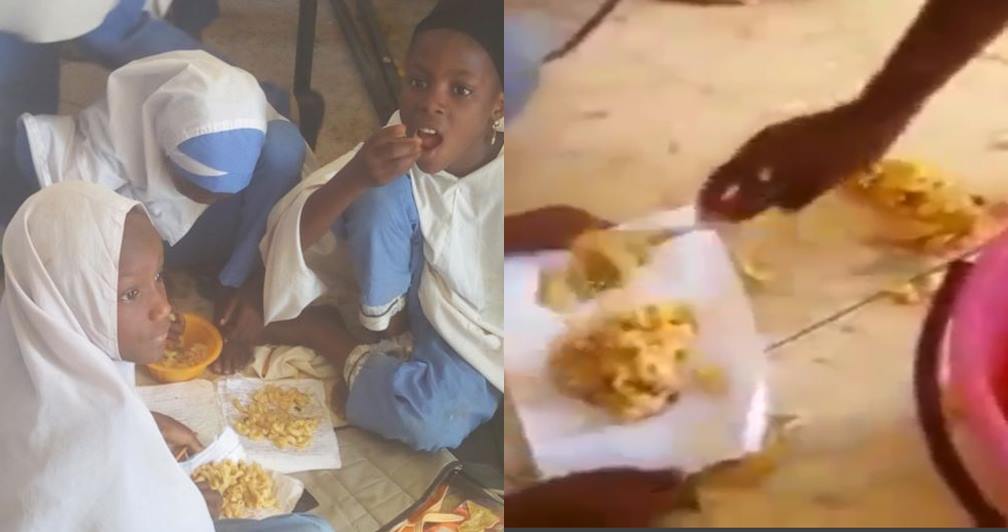 A video of pupils in Kano state being served food in sheets of paper has gone viral. The video was released by the Voice of America Hausa yesterday June 4th.

According to VOA Hausa, the pupils complained that the food they were being given lacked ingredients like the one their parents give to them at home.

When the reporter asked why the pupils were being served food on pieces of papers, the teachers who refused to give their names, said the Federal government told them they were going to provide them with plates but they are still waiting for the plates.

Recall that during the 2015 election campaign, one of the promises of APC was to provide lunch for school pupils. The School Feeding programme was launched after they came into power and has taken off in some states.

Angry Nigerian, Ndotenyin Kingsley who shared the video online, says his dogs would never accept to eat from a sheet of paper.

Watch the video below..